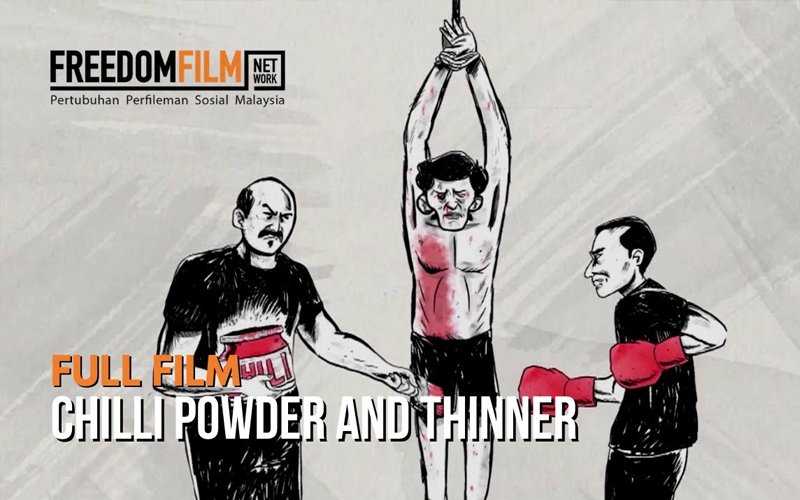 The 5th of July

On 2 July, Malaysian cartoonist Amin Landak as well as Anna Har, filmmaker and founder of the Freedom Film Network (FFN), were questioned at the Bukit Aman headquarters for two hours by police following the publication on 12 June of the film “Chili Powder & Thinner” about police violence. Meanwhile, another police group raided the cartoonist’s house and the FFN offices.

According to their lawyers, the cartoonist and the filmmaker would be investigated under Section 500 of the Penal Code for defamation, Section 505(b) for “statements conducing to public mischief”, and Section 233 Article 1(a) of the Communications and Multimedia Act for improper use of network facilities. Landak and Har were released, but according to their lawyers, three computers, a modem and a router as well as Landak’s personal computer were seized during the search.

The police investigation follows the interrogation of Hakimie Amrie Hisamudin, a journalist for Free Malaysia Today on 17 June over an article about the animated film. According to articles, the animated film tells the true story of a 16-year-old boy who testifies that he was tortured in police custody with two of his friends. The animated film takes its name from a method of torture in which chili powder and paint thinner are applied to the victim’s skin. Matthew Bugher, head of Article 19’s Asia programme, said: “Police retaliation against individuals raising concerns about torture and deaths in custody sends a clear and chilling warning to the public”.

Human rights organisations have mobilized to denounce the raids on the two protagonists. The Centre for Independent Journalism (CIJ), the FFN and other organizations condemned the actions of the police in a joint appeal. They described the actions against Landak and Har as intimidation and harassment.

Following the investigations concerning Zunar and Fahmi Reza launched earlier this year, Cartooning for Peace is concerned that freedom of expression is once again being undermined in Malaysia and will be watching the case closely.