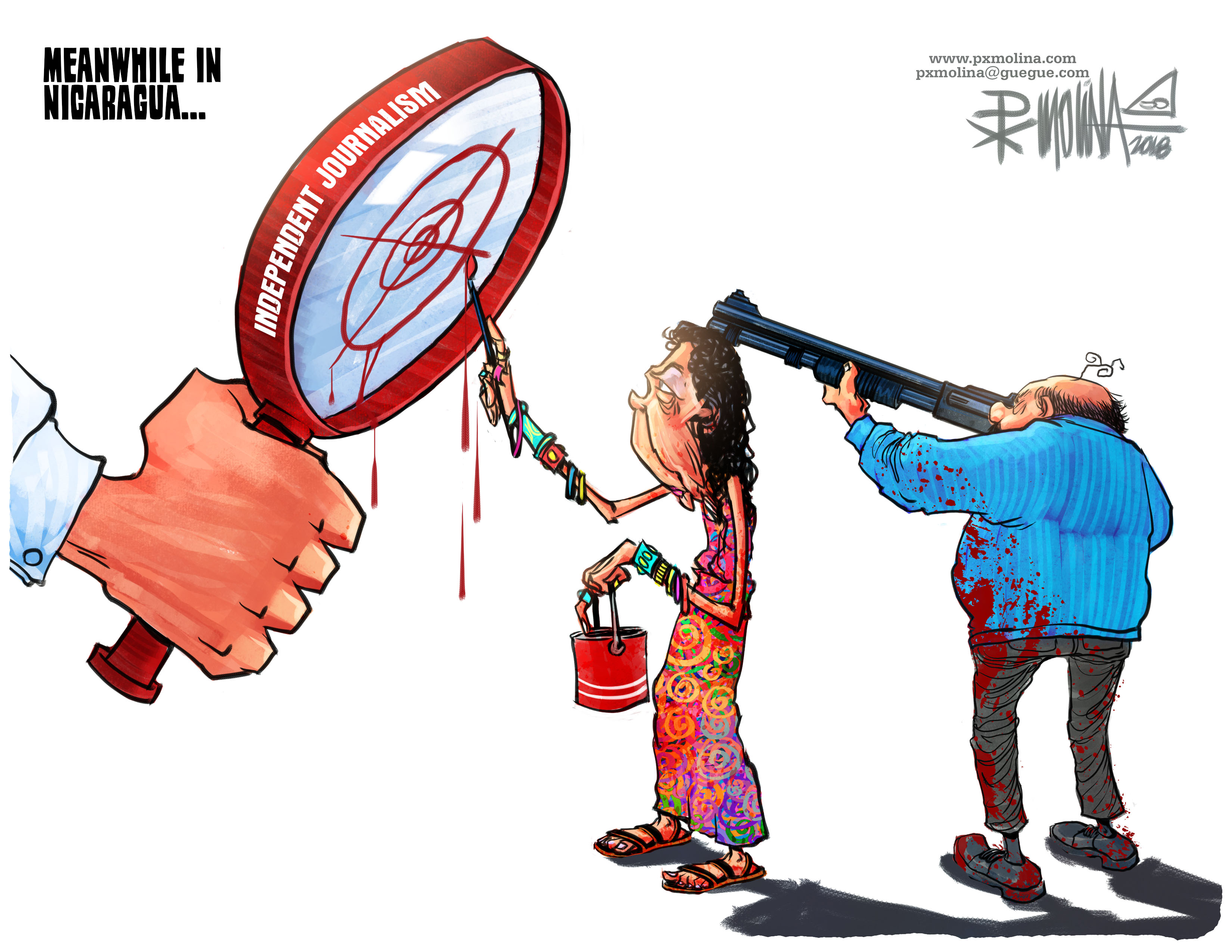 Cartooning for Peace mobilizes to denounce the recent attacks on independent media and human rights organizations by the government of Daniel Ortega in Nicaragua.

On December 14 and 15, 2018, the police violently stormed the offices of the newspaper Confidencial.com.ni to seize, without a legal warrant, computers and editorial documents and block access to journalists involved in denouncing corruption and abuses of power by President Ortega.

View of the offices of the Confidencial newspaper, photo published in The Guardian, Alfredo Zuniga/AP, December 15, 2018

The press cartoonist Pedro X. Molina, a regular contributor to Confidencial.com.ni and a member of Cartooning for Peace, is, like his fellow journalists, the direct target of this authoritarian and oppressive drift.

Since the beginning of the crisis in April, Pedro X. Molina, who denounces tirelessly the bloody repression (several hundred deaths) perpetrated by the government against civil society, independent media and NGOs, is now under serious threat.

Last month, he came to Europe to testify to the worrying situation in his country and has continued his fight against Daniel Ortega’s government by publishing his cartoons daily. His participation in the “Inktober” project recently reported on the victims of repression.

Cartooning for Peace supports Pedro X. Molina, his fellow journalists and Nicaraguan human rights defenders in general, and denounces the persecution and attacks on fundamental freedoms.