Human rights in cartoons with FIDH and Cartooning for Peace 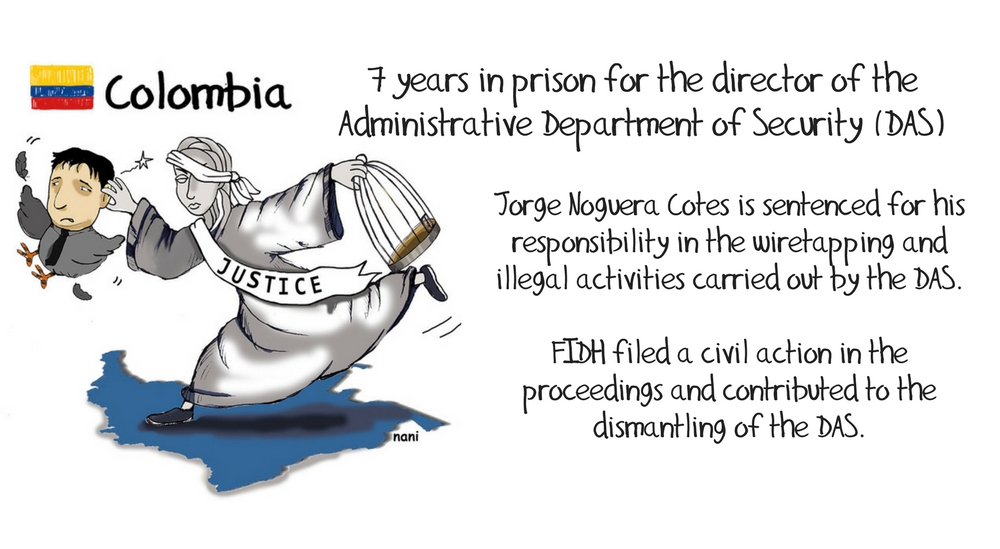 Extremism and populism on the rise, lasting deadly conflicts, escalated terrorist attacks : throughout the world human rights are under attack, threatened, or simply relegated to the rank of nice but illusory. And yet, they resist!

FIDH (International Federation for Human Rights) publishes on January, 30, the comic strip version of its Annual Report created by graphic artist Romain Ronzeau and editorial cartoonists from Cartooning for Peace – among them Nani (Colombia) and Brandan (South Africa). Illustrating some of the victories and battles of 2017, the artists eloquently convey the essential: in times of crises, defending human rights is more necessary than ever!

The comic-strip version of the FIDH Annual Report illustrates the opening of an inquiry by the International Criminal Court on the authoritarian regime in Burundi, the partial legalisation of abortion in Chile, the passing of historic law to end violence against women in Tunisia, and the disclosure of ties between French banks and Israeli occupation. The Annual Report describes some of the many human rights battles fought in 2017 by FIDH and its 184 member organisations around the world: the wide diversity of successes and their consequences.

On the occasion of the comic strip Annual Report’s release, FIDH reaffirms its support for all graphic artists and editorial cartoonists who are subjected to threats and attacks on a daily basis.

Download the report in French here, in English here and in Spanish here.

Download the press release in French here, in English here and in Spanish here.