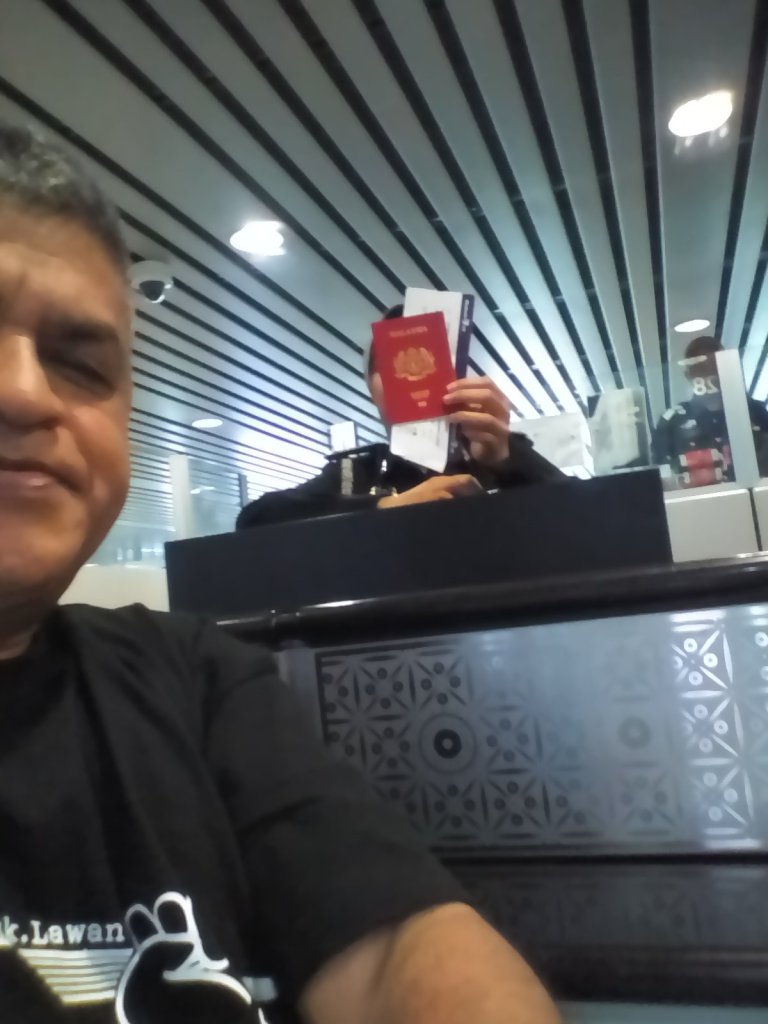 On October 17, 2016, en route to Singapore for a conference, Malaysian cartoonist Zunar was stopped by the immigration officer at the Kuala Lumpur International Airport. He was told that the instruction to stop him from traveling came from the police. Another immigration officer confirmed to him that the instruction came directly from the Police Inspector General Tan Sri Khalid Abu Bakar, taking effect on 24th June 2016. Says Zunar:

«The IGP and The Director of Immigration have no right to stop or control my movement and barring me from leaving the country. Only the court does, and even then such a ban can only be carried out under specific laws.»

Zunar is currently contesting nine charges of sedition by the Malaysian government, for critical tweets he published after a February 2015 court decision to jail the country’s main opposition leader. If convicted on all charges, Zunar could face a maximum sentence of 43 years in prison under the Sedition Act. His case has been postponed many times and is planned to start on the 22nd of November this year.

With his office raided by the police numerous time, his publications confiscated, his assistants and webmaster questioned by the police and his website disrupted, Zunar is a symbol of the fight for freedom of speech in Malaysia. In his cartoons, he has relentlessly denounced the corruption at the highest levels of state. He has been locked being bars twice and faces harassment from the government since more than a decade. He received the Cartooning for Peace Award in Geneva last May.

«This is yet another case in a long list of harassments meant to stop me from drawing cartoons to criticize the government of Malaysia.»

Zunar said in a public statement – see below – that he would challenge the legality of the travel ban.

1/ We are proud to support Zunar, a courageous and recognized cartoonist of Malaysia who has received the 2016 Cartooning for Peace Award of the City of Geneva on May 3rd in Switzerland to mark World Press Freedom Day.

2/ By drawing and commenting on current affairs with talent, impertinence and humour, cartoonists test and expand the bounds of freedom of expression, and thereby, extend our own freedom. Zunar like other editorial cartoonists who are threatened, imprisoned or forced to flee into exile because of their drawings deserve the full support of the international community.

3/ We call upon the Malaysian authorities to clarify the situation and provide the public with an explanation as to why Zunar was banned from travelling on 17 October to Singapore.

4/ We join International and Human Rights NGOs and call upon the Malaysian authorities to lift the travel ban on Zunar with immediate effect and to respect the International Covenant on Civil and Political Rights signed by Malaysia.

5/ Let us pay tribute to Zunar and other editorial cartoonists for their courage to work and draw under very difficult circumstances in many regions of the world.

Zunar’s written statement on the incident

« Today (17 Oct 2016 at 2pm), inbound to Singapore for a forum, I was stopped by the immigration officer at the Kuala Lumpur International Airport. I was told by the officer that the instruction came from the police for them to stop me from traveling. Upon checking further, another immigration officer who wanted to remain anonymous had confirmed that the instruction came directly from the Inspector General Of Police (IGP) Tan Sri Khalid Abu Bakar himself, taking effect on 24th June 2016. The IGP and The Director of Immigration have no right to stop or control my movement and barring me from leaving the country. Only the court does, and even then can only be carried out under specific laws. Even though I am facing nine charges under the Sedition Act, I am still not convicted since my case shall only start on the 22nd of November this year. This clearly shows gross abuse of power and blatant violation of human rights by these individuals. The International Covenant on Civil and Political Rights of the Article 12 clearly states that everyone shall be free to leave any country, including his own. The declaration outlines further that the above-mentioned rights shall not be subjected to any restrictions, except those which are provided by law, are necessary to protect national security, public order, public health or morals or the rights and freedoms of others, and are consistent with the other rights recognized in the present Covenant.

This is yet another form of long list harassment to stop me from drawing cartoons to criticize the government of Malaysia. Last year the government slapped me with nine charges under Sedition Act with possibility of 43 years jail punishment if found guilty over the comments in my tweet. Before that, I was locked behind bars twice – first was on 24th September 2010 for two days and then on 10th of February 2015 for three days. Five of my cartoon books are banned and my office in Kuala Lumpur was raided a few times with thousands of my cartoon books confiscated.

The printers and bookstores around the country which carry my cartoon works have also been raided and warned not to print or sell my books in the future or their whole business licence will be revoked.. October 2014, three of my assistants were arrested for selling my cartoon books. The webmaster, who managed his website and online bookstore, was called in by the police for interrogating

I will file a legal challenge to remove the ban. Talent is not a gift, talent is a responsibility.