Tunisia: first meetings of the programme “Cartooning for Peace and Democracy” in the prisons 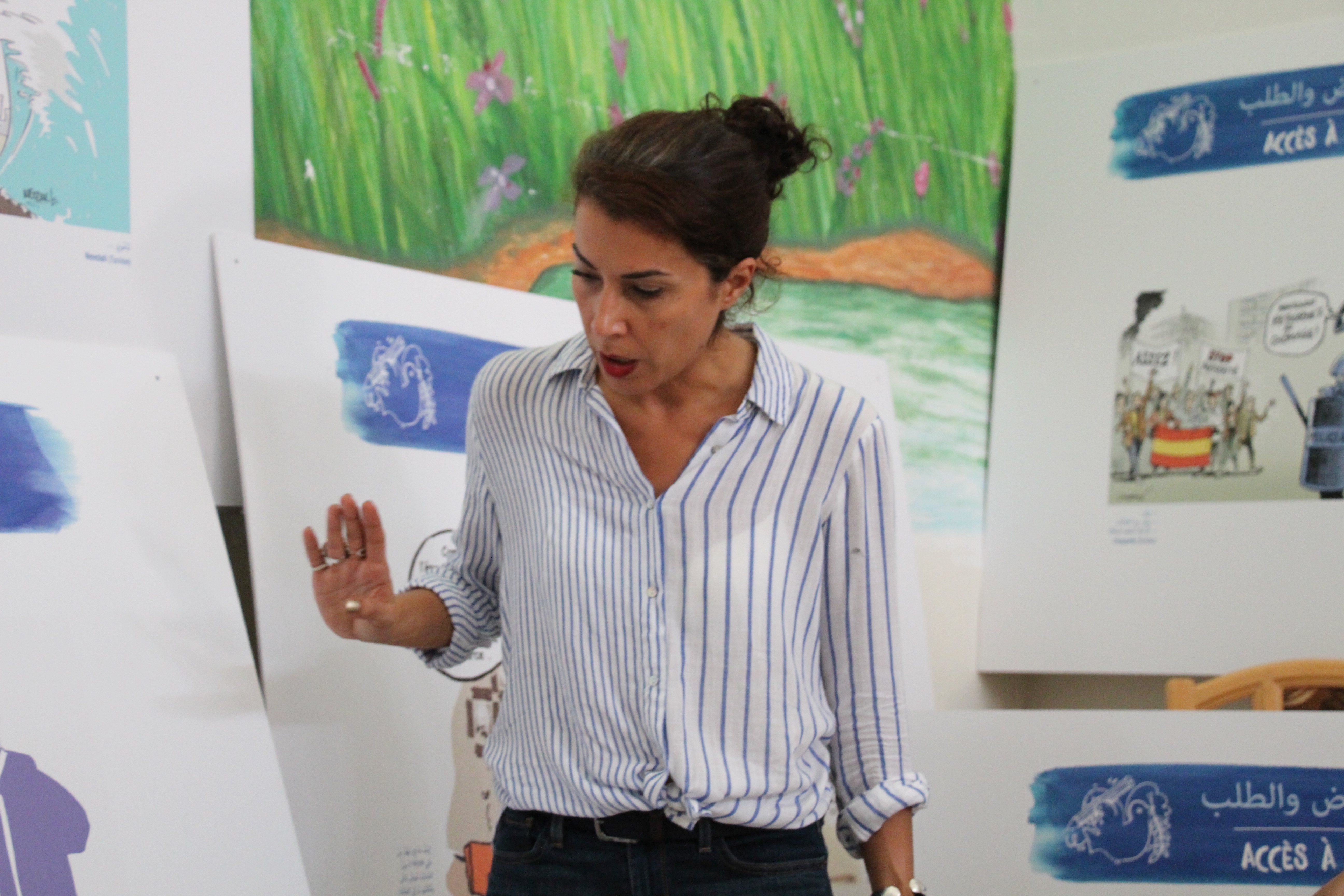 As part of the “Cartooning Peace and Democracy” Programme supported by the European Commission, Cartooning for Peace and the office of the World Organisation Against Torture (OMCT) in Tunisia offer Tunisian prison inmates the opportunity to discover the work of a press cartoonist and to debate social issues of their concern.

An approach that aims to promote critical thinking, civic engagement and raise awareness of human rights and freedom of expression based on press cartoons.

These activities are implemented by OMCT’s office in Tunisia as part of the development of its cultural activities with the prison public in partnership with the Directorate General of Prisons and Rehabilitation (DGPR), and with the support of the Swiss Embassy. Four Tunisian establishments will pilot the project: Borj El Amri, Mguira, Manouba, Mornaguia, Mornag et Mourouj. Particular attention is paid to minors and women prisoners.

On the 16th of August 2018, the prisoners of the Manouba Women’s Prison had the opportunity to debate about social issues and discover the profession of press cartoonist during a workshop animated by the cartoonist Willis from Tunis. The next day, it was the turn of the residents of Mornaguia prison to meet the cartoonist Needall!