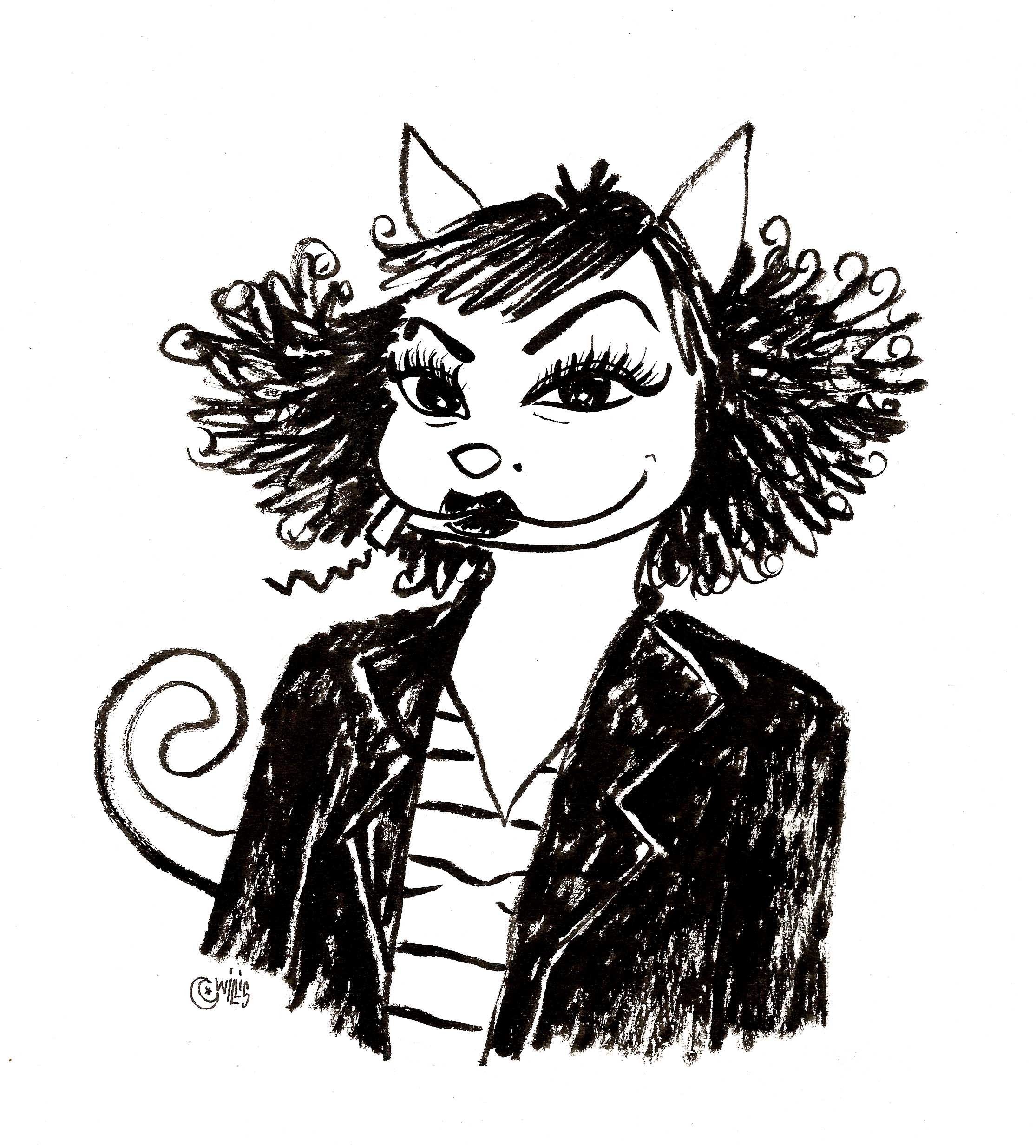 Willis from Tunis was born on Thursday, January 13 2011, during Tunisia’s deposed president’s speech, which promised, among other things, freedom of expression. Initially, this feline cartoon chronicle was used to share the author’s feelings about the historical situation that Tunisians were going through with her entourage on Facebook. With a satirical tone of wry and sometimes black humor, the tomcat chronicled the news on a daily basis. From about twenty friends on Facebook initially, Willis from Tunis has over 50,000 followers today.

Nadia Khiari, a teacher of fine arts, painter and cartoonist, has published several collections of revolution chronicle cartoons and her drawings appear in Siné Mensuel, Courrier international and Zelium.
She received the Honoré Daumier Award (at the second meeting of Cartooning for Peace in Caen in 2012), the insignia of Doctor Honoris Causa of the University of Liège in 2013, the international prize in political satire in Forte dei Marmi (October 2014), The Agora Med Price in Genoa (June 2015), The “Couilles au cul” at the Off off off Angoulême Festival (January 2016), The Prize of the cartoonists in The Festival “Traits d’humour” (Saint Jean Cap Ferrat, October 2017) and the Sokol Prize (karikaturmuseum in Krems, Austria, September 2018).