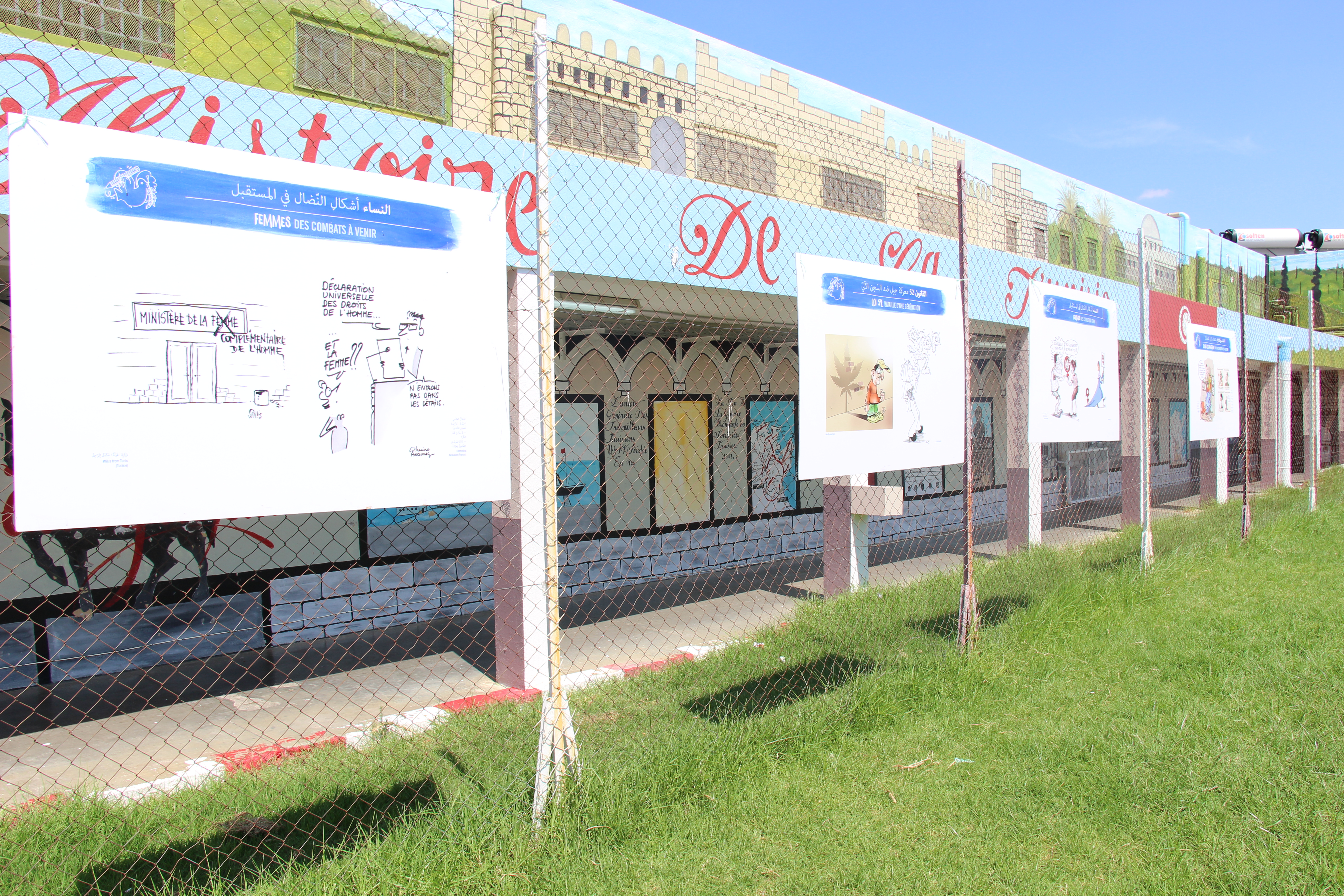 The workshops in Tunisia, organized in partnership between Cartooning for Peace and the World Organisation Against Torture (OMCT), are ongoing, again as part of the development of activities with the prison population.

Set up as part of the “Cartooning for Peace and Democracy” programme, supported by the European Union, the workshops are a time for exchange between facilitators, draftsmen and prisoners. Drawers such as Willis from Tunis, Needall and Dlog were able to present their work to prisoners in Borj El Amri, Mguira, Manouba, Mornaguia, Mornag and Mourouj prisons.

During these workshops, the profession of the press cartoonist, but also the freedom of expression and the importance of image analysis are discussed. A way to raise their awareness of Human Rights and critical thinking skills. It is also an opportunity for detainees to reflect on certain social issues such as immigration, with the help of the panels of the exhibition “Cartooning for Peace and Democracy“, presented within the prison.

Delighted to be able to express themselves without censorship through the debates, the detainees end up in the workshops as a press cartoonist, this time expressing themselves through drawing!