Cartooning for Peace / [CARTOONING FOR PEACE AND DEMOCRACY] Tunisia

[CARTOONING FOR PEACE AND DEMOCRACY] Tunisia 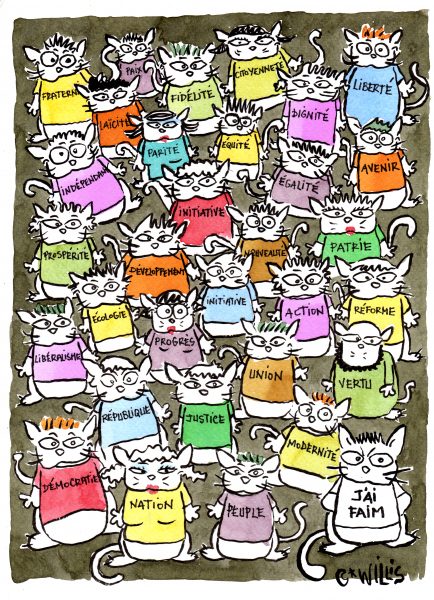 Seven years after the “Jasmine Revolution”, many Tunisians are disappointed with the democratic transition supposed to bring more prosperity. Tunisian society is marked by the 2015 attacks and the rise of Salafism. Its geographical position; the volatility of its Algerian, Egyptian and Libyan neighbours and its lack of political stability hinder investors and the country’s economic development. Tunisian youth are worried about their future despite the promises of the 2011 Revolution.

The World Organisation Against Torture (OMCT) is a non-profit international non-governmental organisation that aims to strengthen the capacities of civil society and authorities in the prevention of torture and ill-treatment and the fight against impunity. OMCT’s interventions in Tunisia concern three complementary components: (1) advocacy and legislative and institutional reforms, (2) direct assistance to victims of torture and ill-treatment, and (3) public awareness. As part of its awareness-raising activities, OMCT has been working since autumn 2015 on cultural projects in Tunisian prisons in partnership with the General Directorate of the Prison Administration (DGPR). They organise film screenings as part of the Carthage Film Days (JCC) and a book collection for prison libraries.

Cartooning for Peace, the World Organisation for Torture and the Arab Institute for Human Rights have joined forces around the “Cartooning for Peace and Democracy” programme in Tunisia, which offers young people and prison inmates a reflection through images and smiles on the major challenges facing Tunisian youth.

Initiated by Cartooning for Peace and supported by the European Union, “Cartooning for Peace and Democracy” in Tunisia is being carried out in consultation with the Arab Institute for Human Rights as part of its involvement in the reform process of the education system in Tunisia, and the implementation of a national citizenship education strategy. It allows the circulation of an exhibition reflecting the challenges and aspirations of Tunisian youth in 11 Citizenship Clubs of Tunisian colleges and high schools throughout the territory, a mediation work around the exhibition and the organization of meetings between Tunisian press cartoon professionals and youth Clubs.

It is also implemented by OMCT’s office in Tunisia as part of the development of its cultural activities with the prison’s public in partnership with the Directorate General of Prisons and Rehabilitation (DGPR), and with the support of the Swiss Embassy. Four Tunisian establishments will pilot the project: Borj El Amri, Mguira, Manouba, Mornaguia, Mornag et Mourouj. Particular attention is paid to minors and women prisoners.

Read more about the exhibition “Cartooning for Peace and Democracy” (in French and Arabic): here.