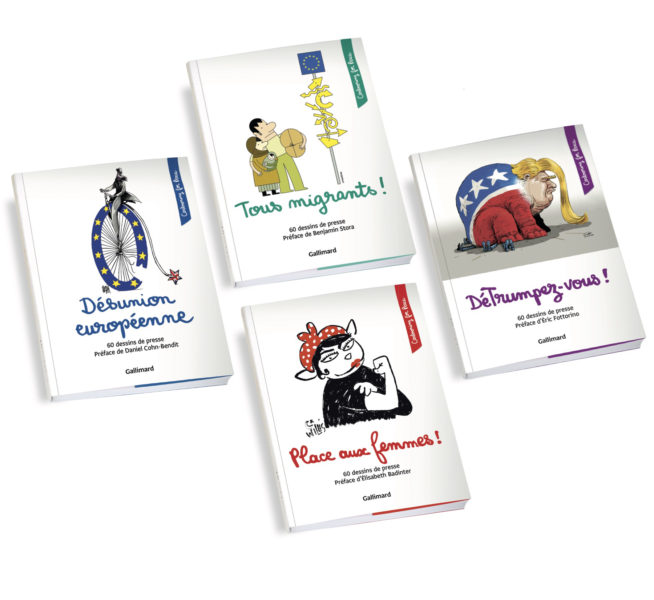 After a first publication in September 2016 “Editorial cartoons : a state of affairs“, Cartooning for Peace and Editions Gallimard collaborate once again to publish a collection of albums dedicated to editorial cartoons.

Each thematic 120-page book is prefaced by an expert and explores a subject of topical interest through sixty editorial cartoons from all over the world.

“There are so many fascinating topics, commented on here in a disturbing, relevant and caustic way by our top-level preface writers”, said Plantu, cartoonist for Le Monde and L’Express, and President of Cartooning for Peace. (AFP)

The four first books are published on Thursday, May 11th, on the themes of Europe, the refugee crisis, the role of women and the USA after Trump’s election. 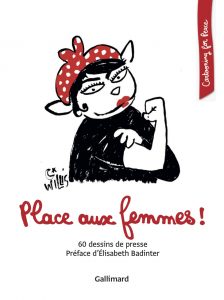 Press cartoonists have often seized on the issue of women to denounce, with humour, the inequalities and injusticies of which women are currently victim all around the world.

After the preface wrote by Elisabeth Badinter, elder stateswoman of feminism, a sixty strong selection of cartoons establishes a picture of the many problems that women encounter in terms of education, sexuality, work or religion.

Elisabeth Badinter has a higher degree in philosophy. Specialist of the Age of Enlightment, she pays a particular attention to the evolutions of customs and mindsets. Committed to the feminist cause, she is the author of many books, such as the recent Le Pouvoir au féminin, Marie-Thérèse d’Autriche, 1717-1780 (Flammarion, 2016). 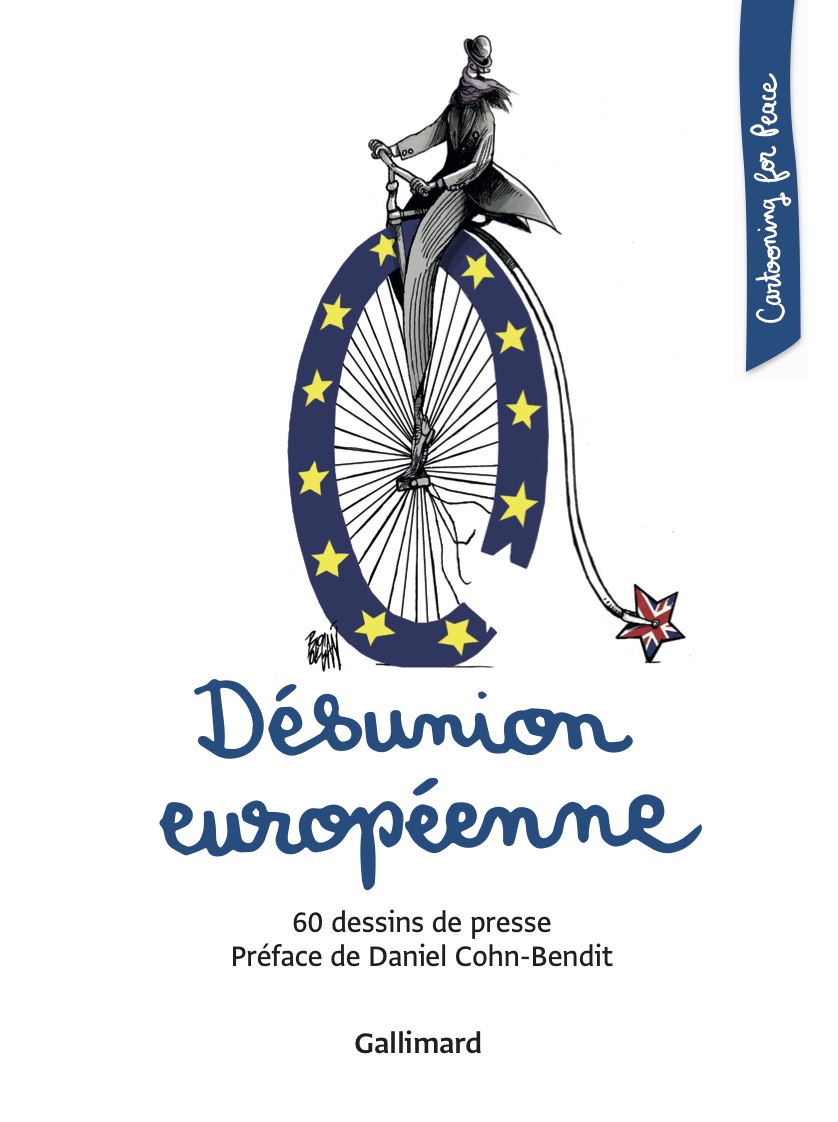 Daniel Cohn-Bendit, staunch europhile, looks back on six decades of European construction. The cartoonists shed an international light on the political, economical and ideological problems which European leaders and citizens face today.

Daniel Cohn-Bendit is a journalist and political leader. He was an MEP from 1994 to 2014 and co-president of the Greens-European Free Alliance group in the European Parliament from 2002 to 2014. He has a daily spot each morning on Europe 1 radio in which he comments on current affairs. 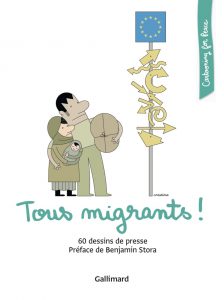 Since 2014, a million and a half migrants have reached the European Union. Benjamin Stora tells of the long journey of these refugees from the reason of their exil to their everyday life in their host countries. The sixty editorial cartoons give an international point of view on this migratory phenomenon which is unprecendeted in modern history.

Benjamin Stora is a university lecturer and board member of the Immigration History Museum (Paris). Specialist of the contemporary history of North Africa, he is the author of many books, such as Histoire dessinée de la guerre d’Algérie (Le Seuil, 2016). 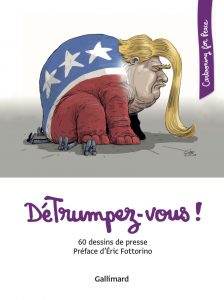 These past few months, the new USA President became one of the major topics for editorial cartoons. In his text, Eric Fottorino looks back on Trump’s election and the sixty cartoon selection gives an international point of view on the 45th President of the US.

Eric Fottorino is a journalist and author. After twenty five years working for Le Monde, he is, since 2014, co-creator and publisher of the weekly magazine Le 1. He is also the author of many essays and novels, such as Trois Jours avec Norman Jail (Gallimard, 2016)