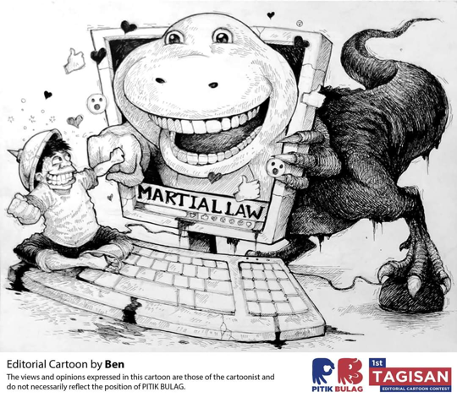 Cartoonist shot and killed in ambush

Cartoonist and art teacher Benharl Capote Kahil (Ben) was shot and killed on 5 November 2022 while riding his motorbike home in Lebak, Sultan Kudarat. The motive for the killing is unknown.

The cartoonist was known to his peers as a social commentator who used his art to fight disinformation in his country, as Rappler points out. He had won several prizes in competitions organised by the Pitik Bulag collective as part of the #FactsFirstPH campaign against disinformation. Kahil’s drawings highlighted women’s and children’s rights and injustice.

Cartooning for Peace expresses its sincere condolences and calls for an impartial investigation to shed light on this murder that tends to illustrate a disturbing and growing culture of impunity and killings in the country.