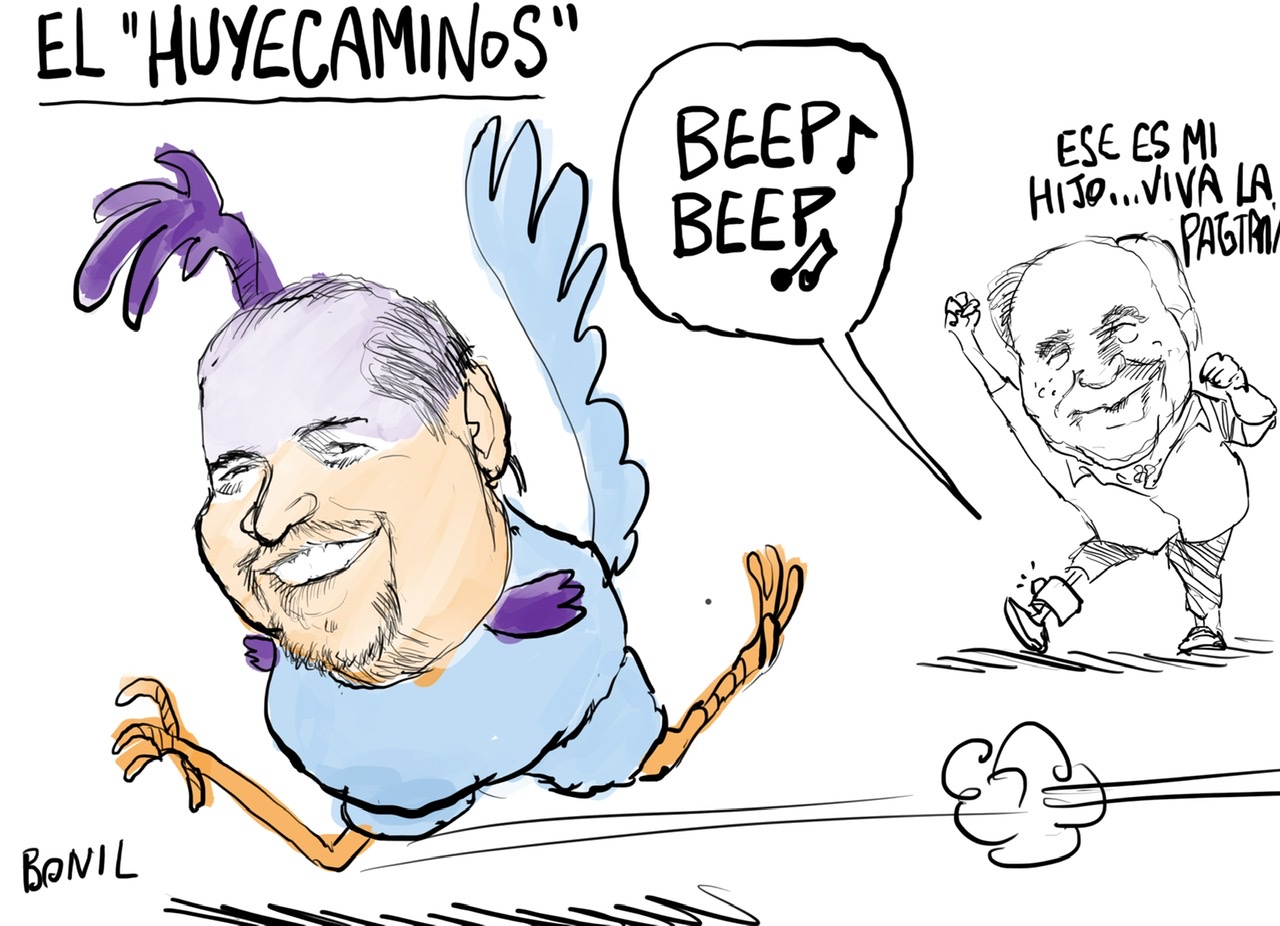 Cartooning for Peace condemns the threats against cartoonist Bonil and calls for his protection.

On 6 August 2020, cartoonist Xavier Bonilla, aka Bonil, a member of Cartooning for Peace whose cartoons are published in the Ecuadorian newspaper El Universo, was threatened on Twitter by Jacobo Bucaram Pulley, son of Abdalá Bucaram Ortiz (president of the country from 1996 to 1997) for the below cartoon:

“May God save you and protect you from our meeting because as a man you will have to defend yourself, damned MF, I know how to defend the honour of my grandchildren and my family…“

The cartoon, “El Huyecaminos” (the carrier pigeon), by a reference to the cartoon “The Road Runner Show”, illustrates the alleged escape of Jacobo Bucaram after a judge ordered his preventive detention. He and his father (who has been detained since 12 August) are accused of trafficking in archaeological goods and selling medical equipment at high prices to the country’s public hospitals during the health crisis.

Threats that the cartoonist himself had initially not taken seriously, due to the recurrence of insults and threats he was subjected to online, before he changed his mind following the murder of a witness in the Bucaram family’s case.

Like the association Fundamedios and CPJ, Cartooning for Peace calls for the condemnation of the threats against the cartoonist and for his full protection.