Launch of the national awareness campaign in Ivory Coast 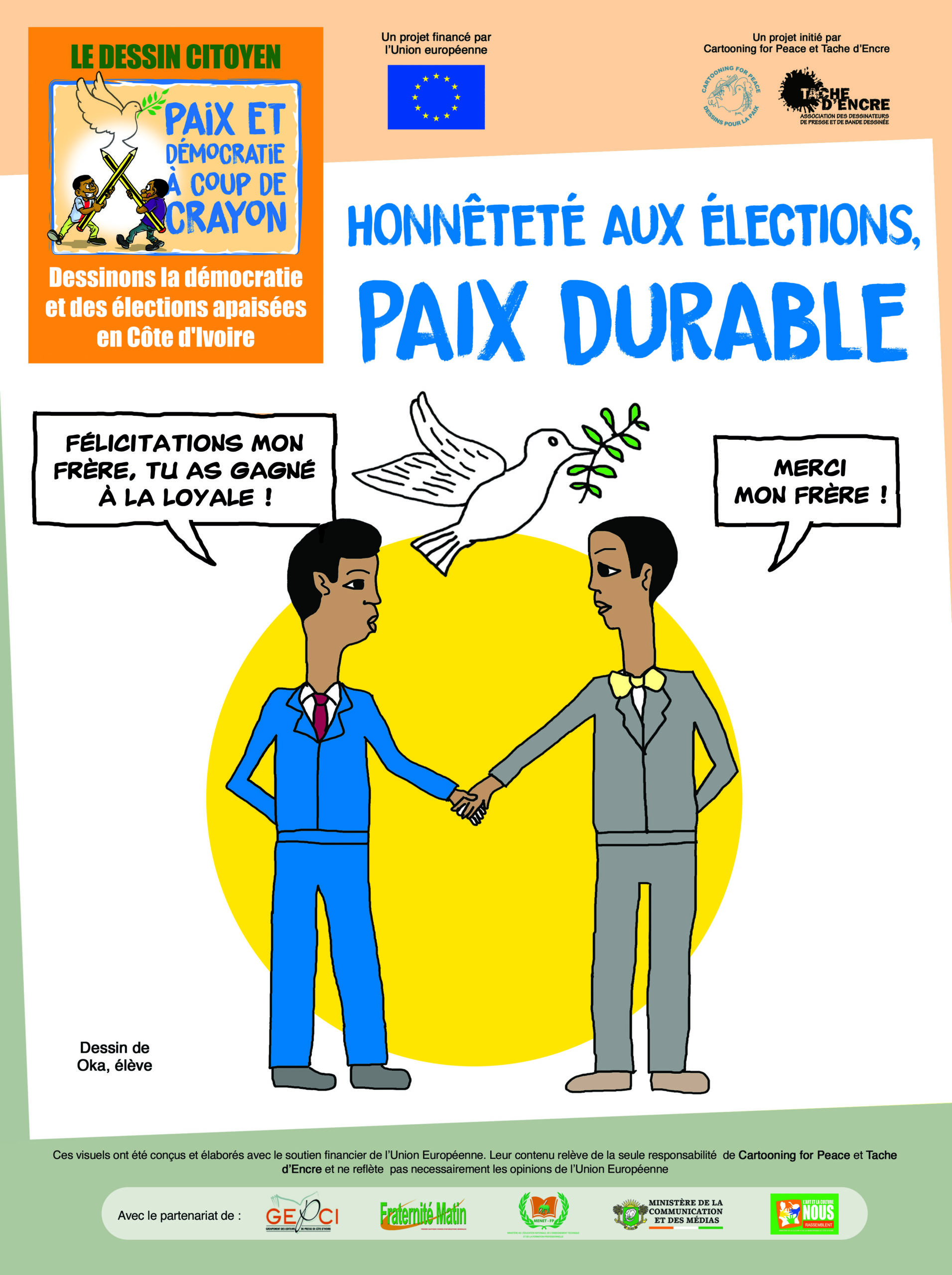 As part of the program “Cartoons and Citizenship: cartooning for democracy and peaceful elections” in Ivory Coast, Tache d’Encre and Cartooning for Peace are setting up a national awareness campaign for the upcoming presidential elections.

Composed of cartoons made by press cartoonists and students who participated in the workshops, the online and offline campaign is addressed to the general public for peaceful elections. Partners in this campaign include bloggers such as Police Secours and the media Allo Police, Go Magazine, Le Matin, Le Patriote, Le Temps, Soir Info, Gbich! and Fraternité matin.