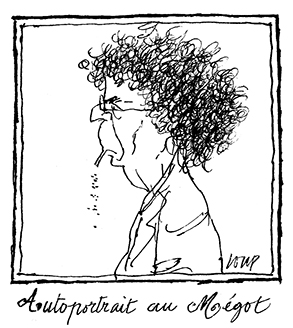 The members of Cartooning for Peace are very saddened by the death of the press cartoonist Jean-Jacques Loup who passed away on the 31st of July in Paris.

Loup was part of Cartooning for Peace and he was « the model of what a press cartoonist should be : someone who knows how to draw, but also someone with a true knowledge », stated Gérard Vandenbroucke, President of the Limousin region and former mayor of St-Just-Le-Martel, where an international press cartoons and humor festival is organized every year.

Jean-Jacques Loup was born in Arles in 1936 and he was a man of great talent : architect, jazz pianist, comic book artist and caricaturist, he became a political cartoonist for « Rebuts de press » in the TV show « Droit de réponse » animated by Michel Polac on TF1 French channel. He also worked for numerous newspapers such as the Express,Marianne, Le Nouvel Obs, and magazines such as Mormoil, Fluide Glacial andCharlie Mensuel.

A great artist passed away, at the age of 79, but he let us his incisive cartoons. We, Cartooning for Peace and its President Plantu, send to his family and close relatives our deepest and compassionate thoughts.