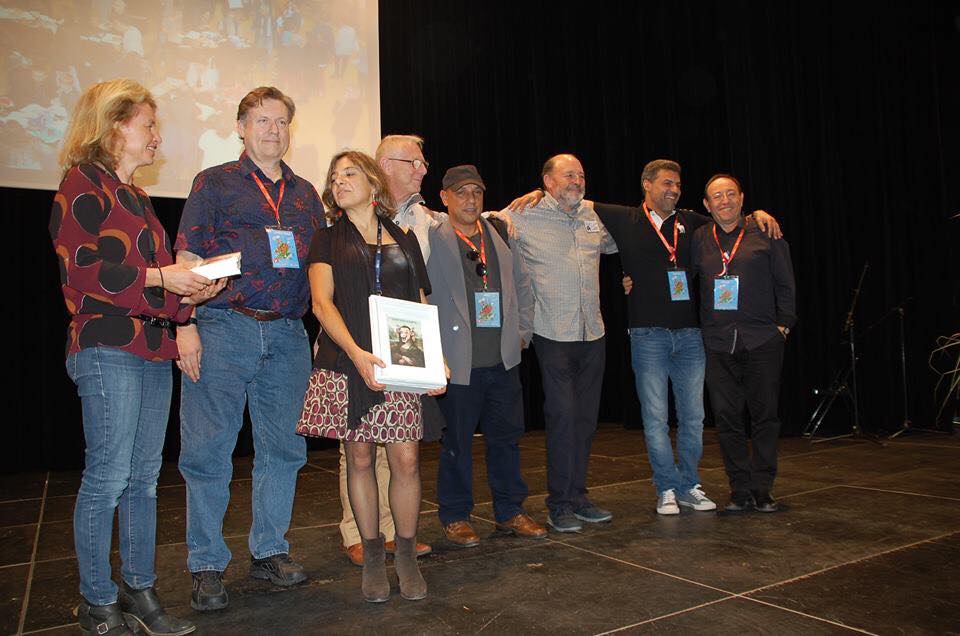 This prize recognize the achievement for editorial work realized with Editions Gallimard and the creation of a Cartooning for Peace collection, dedicated to press cartoons. Each thematic 120-page book is prefaced by an expert and explores a subject of topical interest through 60 editorial cartoons from all over the world.

The four first books were published on Thursday, May 11th, on the themes of Europe, the refugee crisis, the role of women and the USA after Trump’s election. A special-edition on French president Macron just joined the collection – read more here.

The prize was handed to Cartooning for Peace’s members and cartoonists, among them Michel Kichka (Israel) and Khalid Gueddar (Morocco),  who won together last year the first prize “Humour vache” ; with Cristina Sampaio (Portugal), Daryl Cagle (USA) and Ares (Cuba).

As for Boligán, a Cartooning for Peace member originally from Cuba and living in Mexico, won in 2017 the first prize “Humour vache”.

Exhibitions, meetings, prizes: the Salon is also a great opportunity to discover the work of cartoonists from all around the world and the exhibition “Decoding the stars“, which was edited with the support of the European Commission.