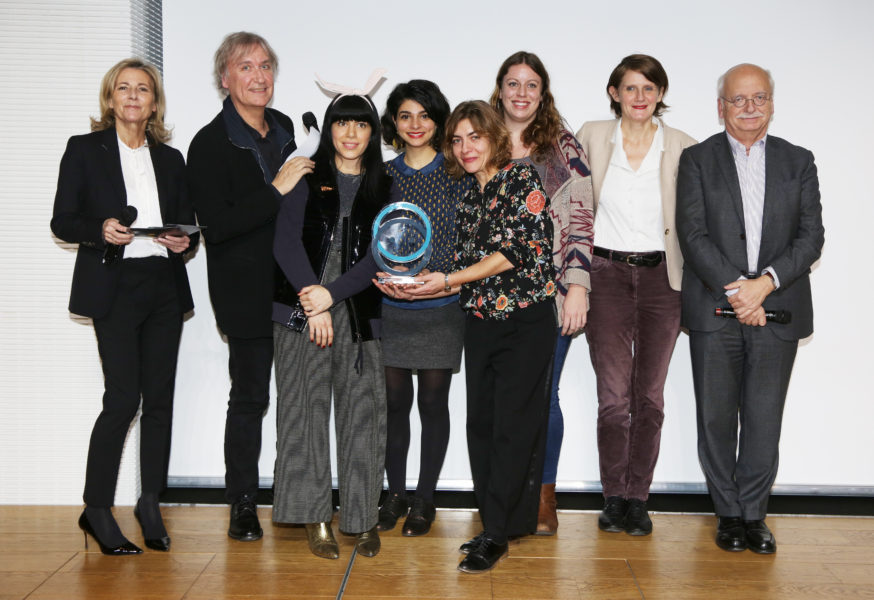 Founded by Jacques Attali, Positive Planet was created out of the growth and transformation of PlaNet Finance, of which the initial mandate, at its creation in 1988, was to fight poverty through the development of microfinance. Having developed its experience of financial inclusion which remains an important component of its activity, Positive Planet has also conducted projects centered on entrepreneurship, financial education, and the organization of value chains over several years. It has developed its activities in 39 countries, and manages them through local satellite organizations in Africa, the Middle East, Asia, Europe, and the USA.

Hosted by famous French TV presenter Claire Chazal, the event gathered more than 300 persons, among them the laureates, Foundation’s ambassadors, partners and sponsors. Positive Planet awarded 8 founders of micro-enterprises the Foundation is working with in France and all around the world. Special prize was granted this year to Cartooning for Peace for its pedagogical and educational activities not only in France but also in Morocco, Tunisia, Ivory Coast and Burkina Faso – as part of Cartooning for Peace’s program “Cartooning peace and democracy” supported by the European union.

The prize was handed by Erik Orsenna to President Plantu, cartoonist for Le Monde and L’Express, and Cartooning for Peace’s team members. The evening ended with a live concert of Abd Al Malik, mentor of this 10th edition, who remind the necessity of working together to make the world a better place.

Congratulations to all the laureates !