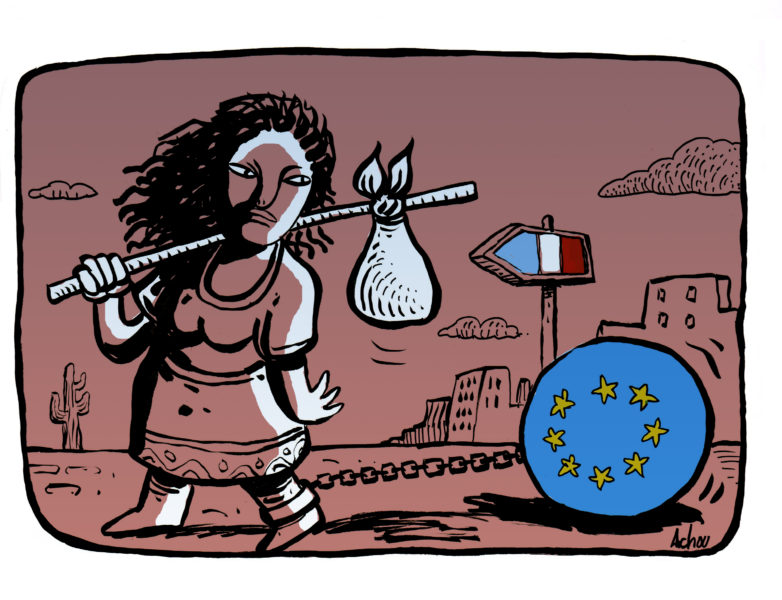 As the French government launched a “total revision” of its integration policy for newly arrived immigrants, the National Museum of the History of Immigration, the Jean Jaurès Foundation and Cartooning for Peace are organizing a debate to evaluate the shapes of such a policy. How is it going to look like? Which public policies have to be target at first? What kind of governance can be imagined for immigration and integration in France? With which evaluation mechanisms?

Rendez-vous at Porte Dorée Palace in Paris on February, 15, from 7pm to 9pm for an exceptionnal debate with Adjim Danngar, cartoonist from Tchad now living in France ; Réda Didi, from the Jean Jaures Foundation ;  Alexis Lacroix, delegate director of newspaper L’Express ; Benjamin Stora, historian, president of the Museum of the History of Immigration and preface writer of Cartooning for Peace’s album “Tous Migrants !” (All migrants) edited by Gallimard, and Aurélien Taché, Val-d’Oise deputy.