Conference “Cartooning for Peace and Democracy” 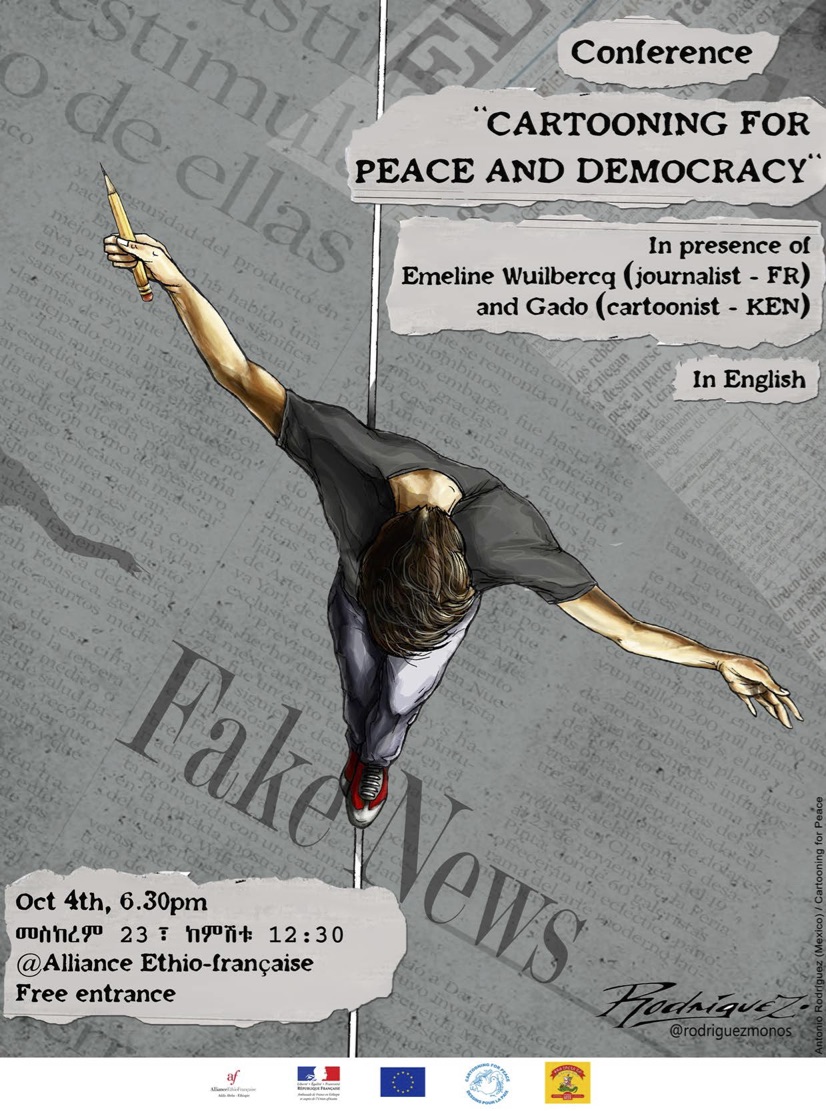 Optimism remains high given the shock reactions that followed the decision, and not only in the profession. It has had the positive effect of raising awareness of the fundamental need to inform and denounce through laughter! But the freedom of expression that press cartoonists embody has been constantly undermined and must continue to be defended. Defending it by informing, denouncing violations and educating about the importance of democracy in our world’s societies.

Five months after collaborating on UNESCO’s World Press Freedom Day, the Cartooning for Peace association, a global network of press cartoonists, was invited by the Alliance Ethio-Française d’Addis Ababa (AEF) to organize a conference-debate on issues affecting the press cartoon sector : around the world, in Africa and, more particularly in Ethiopia.