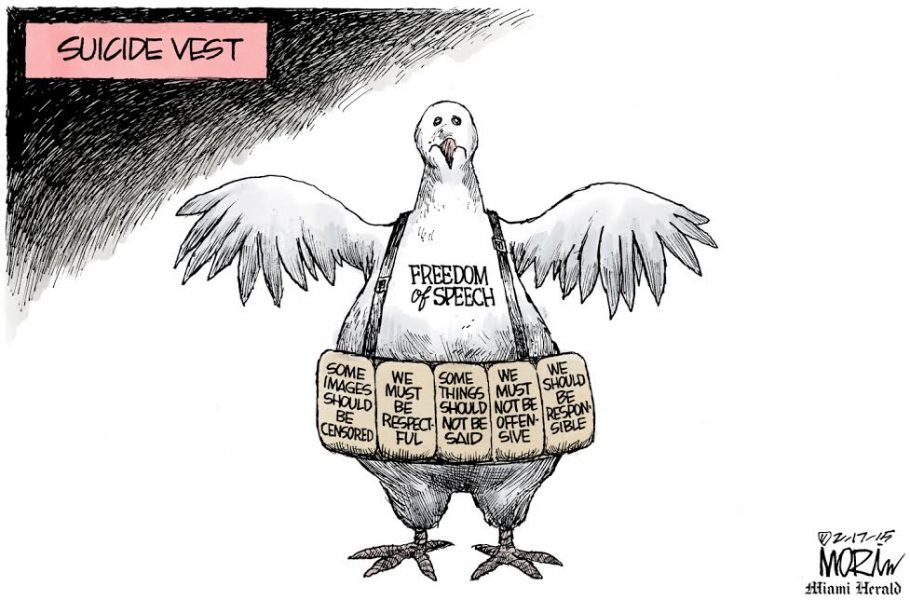 Until December 30th 2016, the Society of Ilustrators in New York hosts an exclusive exhibition to celebrate Cartooning For Peace’s anniversary.

On display in the second floor gallery.

Special thanks to editorial cartoonist Liza Donnelly (New York) for curating this exhibition, with the support of Isis Ascobereta, editorial project manager (Paris).

Lecture: A Global Look at a Decade of Editorial Cartoons, Dec 8, 6.30pm

In 2006, following the Danish Cartoon controversy, an organization was founded called Cartooning For Peace. Its members seek to increase dialogue through cartoons about global issues, and foster communication among cartoonists and the public about the art form and its responsibilities. Since then, the world has witnessed cartoons at the center of even more death and destruction. What is the role of the editorial cartoonist, and is freedom of expression under attack? How do cartoons cross borders and what exactly is their power?

Join us for celebration of the tenth anniversary of Cartooning for Peace with a discussion of these timely issues.

Vidéo: watch the debate in its integrality