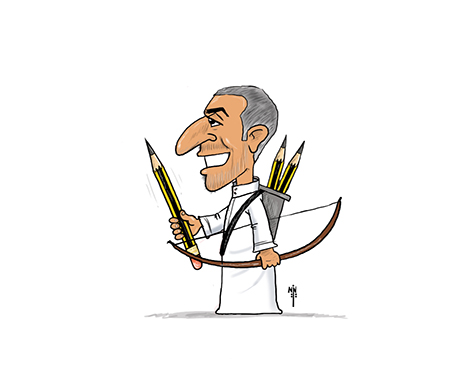 Yazeed Alharthi was born in Bad Neuenahr, Germany in 1978. He studied Pharmaceutical Science. His first cartoon was published in 2000 in Al Watan newspaper and his cartoons have been featured in numerous publications across the Arab world, including Al Watan, Rotana magazine, Al Riyadi and Al Sharq.

His work has also been exhibited in galleries, both around the Middle East and in Europe. Yazeed now is working at a leading international advertising agency in Saudi Arabia.