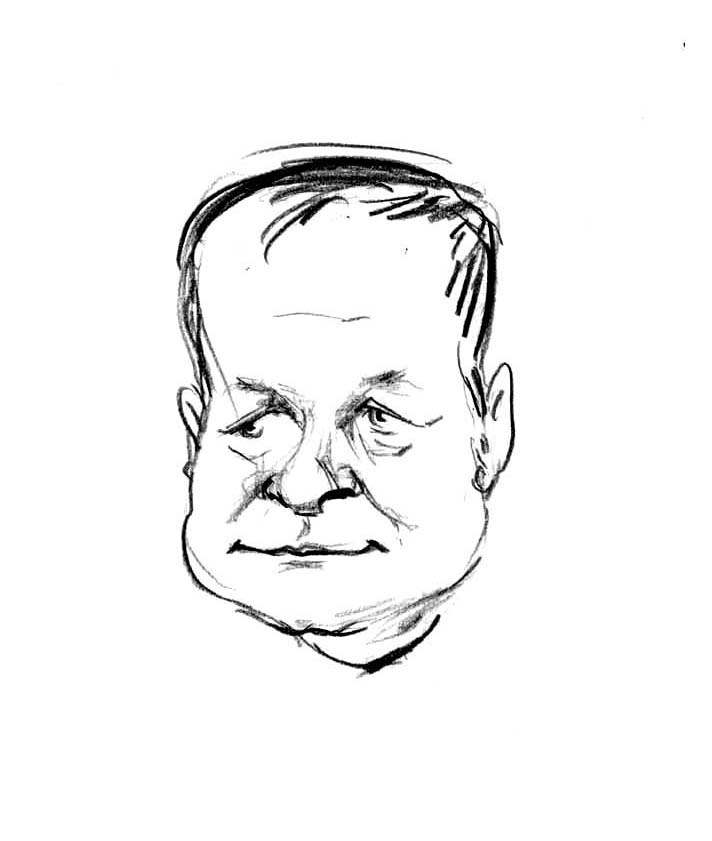 Vladimir Kazanevsky was born in 1950 in Ukraine. He graduated from Kharkov State University majoring “Cosmic radiophysics” in 1973 and Kiev Institute of Journalism Skill in 1984. His cartoons have been published in many newspapers and magazines in the world. He won more than 500 prizes in 53 countries trough international cartoon contests.

Kazanevsky is also the author of many books such as Heads, Revelation of Elderly Cupid or Art of Modern Cartoon for instance. The most recent one is Soft Knees (2018).

His cartoons have published in many newspapers and magazines in the world (for instance, “Yomiuri Shimbun” (Japan), “Nebelspalter” (Swiss), “Eulenspiegel” (Germany), “Courrier international” (France) and many others.

Due to the war that broke out in Ukraine in late February 2022, Kazanevsky had to flee his country in March 2022. He received the 2022 International Cartoonist Kofi Annan Courage in Cartooning Award from the Freedom Cartoonist Foundation, in partnership with CRNI and Cartooning for Peace.