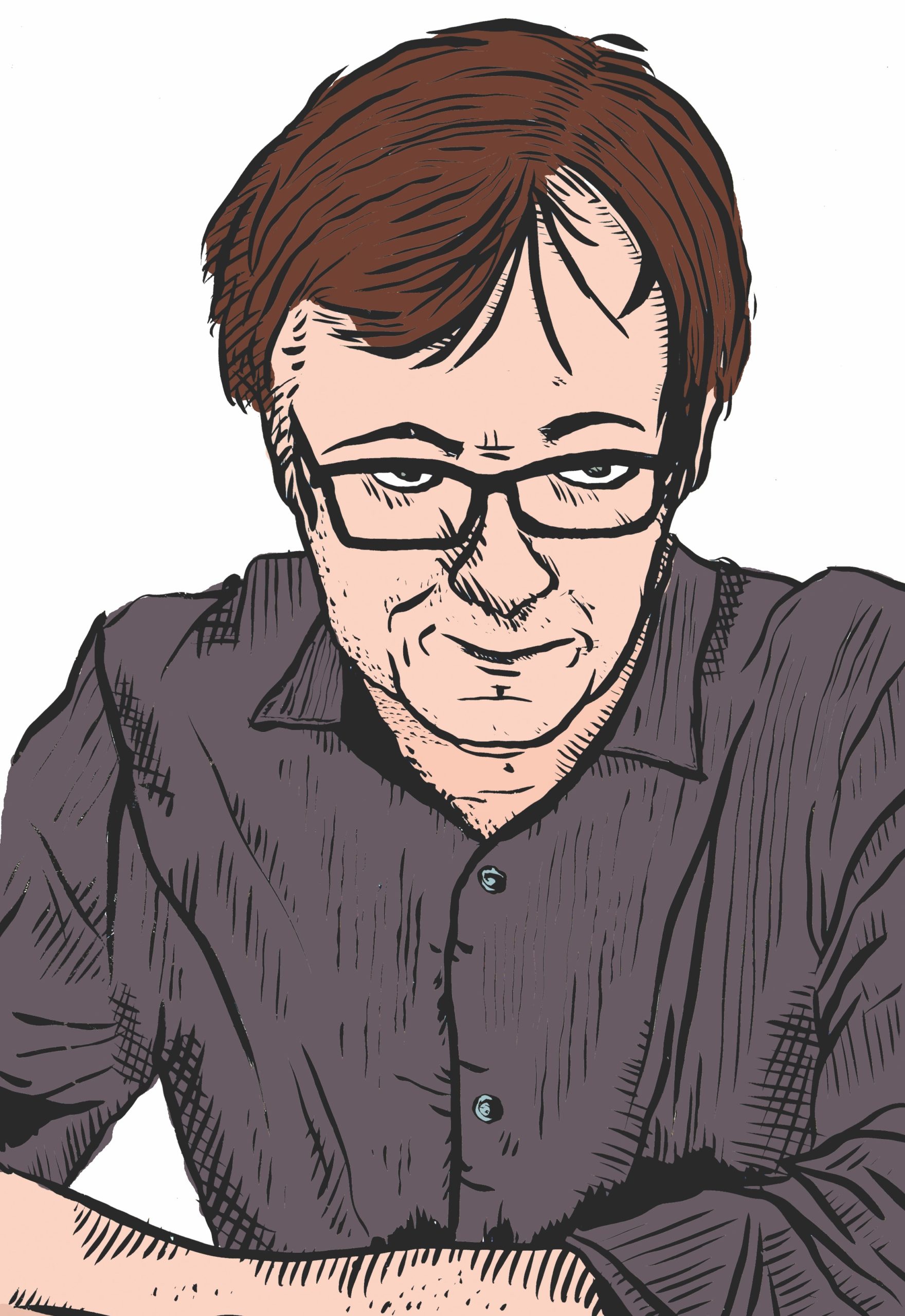 Editorial cartoonist Ted Rall became nationally known for his work in the 1990s, when he synthesized the format of newspaper cartoons, focusing on multifaceted dialogues with political cartoons, which were traditionally single-faceted metaphors. Rall helped modernize American editorial cartooning, inspiring a young generation of alternative weekly artists with a more direct approach to graphic satire before publishing his work in major dailies, including the New York Times, where he became the most reprinted cartoonist.
Rall’s cartoons have been published in hundreds of publications around the world, including Rolling Stone, Time, Newsweek, Esquire, The Washington Post, San Francisco Chronicle, Los Angeles Times and smaller newspapers such as the Des Moines Register and the Dayton Daily News. Today, he is one of America’s most widely syndicated political cartoonists, as well as a national syndicated opinion columnist.