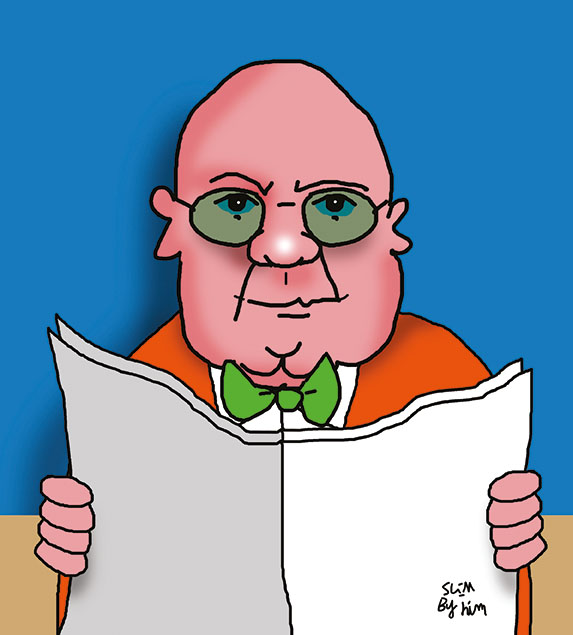 Menouar Merabtene, alias Slim, was born in 1945 in Sidi Ali Benyoub (western Algeria).  Slim is a cartoonist and graphic novelist.

Adventurers Bouzid and Zina are the two well-known comics characters drawn by Slim : his comics are distributed in Algeria and France.  He also publishes his cartoons in many international newspapers and magazines, including in L’Humanité from 1995 to 1997.

In 2009, an official tribute distinguished his work for its contribution to the cultural heritage of Algeria during the 2nd Comics International Festival of Algiers (FIBDA). Wolinski say one day: “If you want to really know Algeria, read Slim’s comics. ”

Slim is now collaborating with the Algerian daily Le Soir d’Algérie, Algerian French-language daily in which he publishes once a week a full page of comics. He also participated in missions to the FAO (Food and Agriculture Organization) in Egypt and Czechoslovakia.