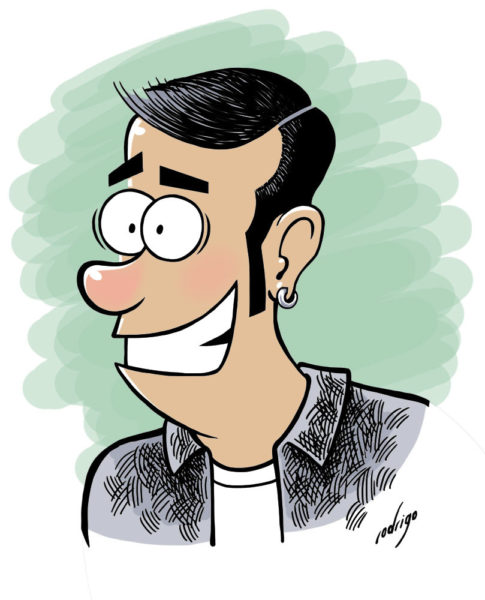 Rodrigo de Matos is an editorial cartoonist of the weekly newspaper Expresso (Portugal) since 2006. He lives in Macao (China) since 2009. He also publishes his cartoons in the daily newspapers Ponto Final. In the United States, he is represented by the Artizans agency and some of his cartoons are published in various North American newspapers in English. Rodrigo is also an active contributor to the Cartoon Movement and Toonpool platforms.

He received the Press Cartoon Europe Award in 2014 (Knokke-Heist, Belgium) for “the best cartoon published in the European press in 2013”.