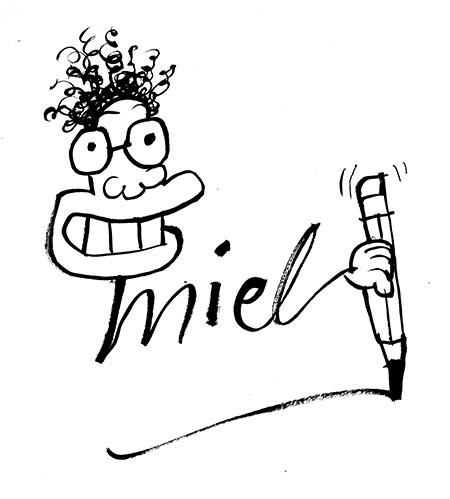 Born in 1964, Miel is a cartoonist, illustrator-designer and a senior executive artist at The Straits Times, Singapore’s top English-only daily newspaper.  He received the National Cartoonists Society’s Newspaper Award for Illustration twice, in 2001 and 2014.

His work is published in newspapers such as Courrier International, The International Herald Tribune, The New York Times, The Washington Post, and Newsweek.