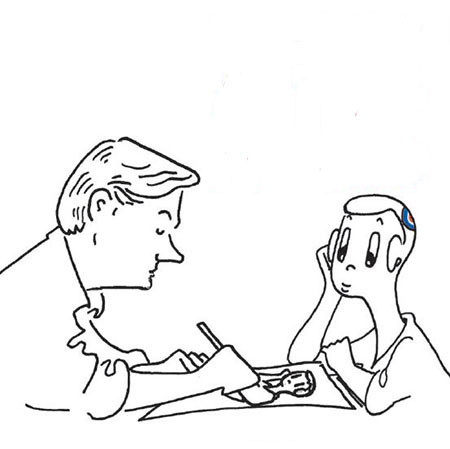 After studying law and graduating from a school of journalism, Philippe Delestre became a cartoonist. He started his career at the Republicain lorrain and then, in 1975, he began to work for its rival, the daily L’Est républicain, where he still works and draws its daily cartoon. He also works with regional dailies: Le Courrier de l’Ouest, Presse-Océan, Le Maine libre; and with generalist or specialized newspapers such as the International Herald Tribune, La quinzaine européenne, Cheval magazine, Golf européen, L’Ami des jardins and Intermonde presse. His cartoons are also published on his website.

Furthermore, he is the author of different albums and he regularly illustrates books and covers of publication from the editions Grasset, Le Cherche midi, Fayard, Editions Italiques and Editions Denoël.