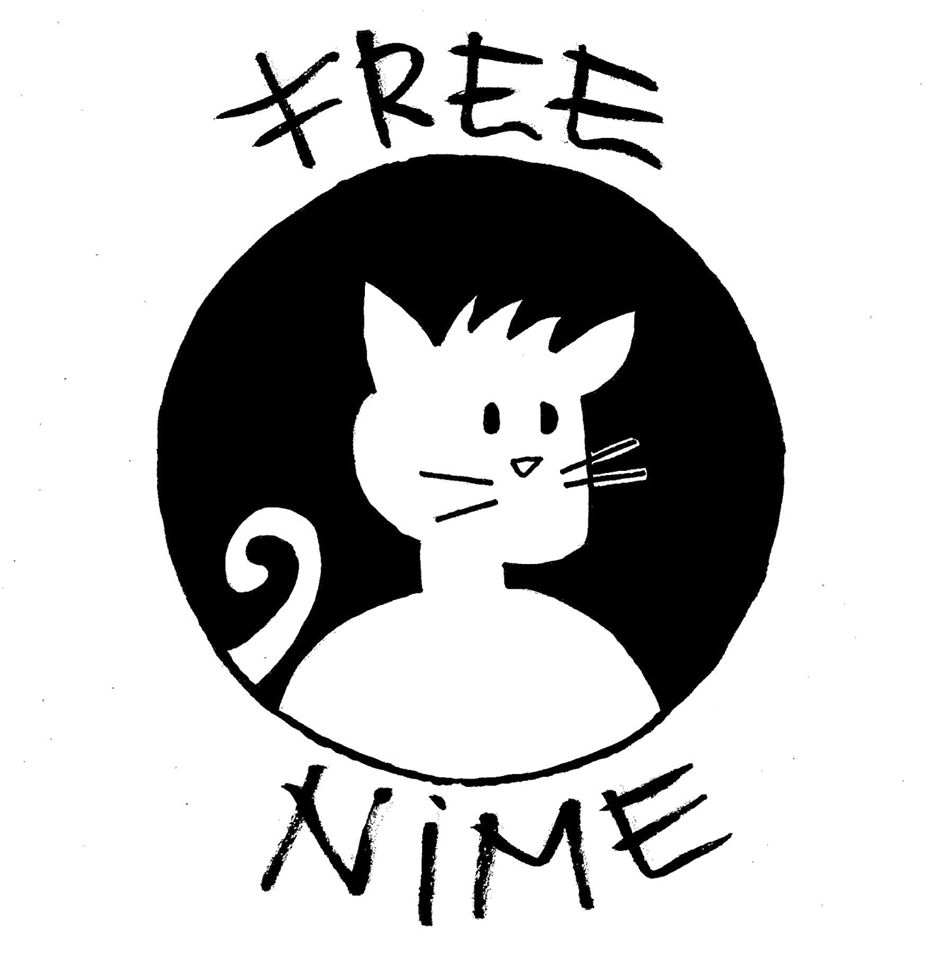 On 11 December 2019 the comic artist, Abdelhamid Amine, alias Nime, was sentenced to 1 year in prison, including 3 months of hard time and 9 months suspended, by the Djamel City Court in Oran.

Arrested on November 26 at the office of the graphic design studio Creature, which he founded, he was placed in pre-trial detention until his hearing on December 5 and the company’s equipment seized by the police. He was finally convicted on 11 December of “insulting the president of the republic and the chief of staff of the army”.

Amine has no previous history of arrest or detention, yet this prosecution comes immediately after the publication of a series of political cartoons between 3 and 14 November 2019 on his blog (see links below for more information). Contacts in Algeria have identified the cartoon entitled “L’Elu”, ”The Chosen One” as the chief article of offence to the state.

Nime’s cartoons depicted various symbols of state power and the candidates in the presidential election of 12 December 2019, eventually won by Abdelmadjid Tebboune, and were in the spirit of Algerian society’s widespread protest movement, hirak, an expression of discontent largely repressed by the ruling power as reported by Amnesty International and Human Rights Watch among others.

He is currently detained in a large dormitory wing of 150 people at the civil prison of Oran. He has no access to writing material or books and the right for one twenty-minute family visit every fourteen days through a window and intercom. The artist’s sentence on December 11 and the conditions of imprisonment are both shocking and worrying, indicative of a muzzling of all forms of expression and reminiscent of the darkest periods in the country’s history. Nevertheless Algerian humour and satire represent a rich heritage that must be preserved.

Cartooning for Peace and Cartoonists Rights Network International condemn this decision and call for the artist’s immediate release. We join in the widespread expression of solidarity with Nime and urge all associations defending freedom of expression and human rights to use their influence in the effort to free Nime. We also call for the community of cartoonists to continue using their art to support Nime and create pieces focused on the injustice occurring in Oran.