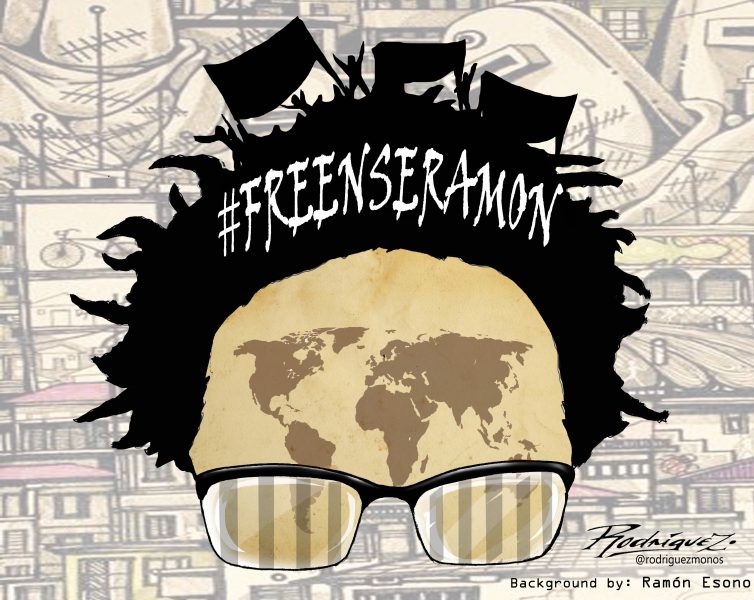 Update Tuesday, February 27th (4.30pm) : all charges against Ramón have been dropped.

“Reporters without borders (RWB) in solidarity with Cartooning for Peace calls for the release of cartoonist Ramón, who is abusively detained in Equatorial Guinea. The country is ranked 171 on World Press Freedom Index. This detention darkens once again the image of Teodoro Obiang Nguema’s regime.”

Cartoonist and activist Ramón Esono Ebalé has been arrested in Malabo, Equatorial Guinea, on September 16th, 2017. Since then, Ramón has been held at a police station before being transferred to Playa Negra prison. During the first interrogation Ramon had to give explanations about his graphic novel “Obi’s nightmare” that is very critical of Teodoro Obiang, Equatorial Guinea’s president for the last 40 years. He was warned that his cartoons could be considered defamation of the president.

Cartooning for Peace and cartoonists from all the world stand with human rights organizations in supporting Ramón.

See support cartoons in the galerie below.

Here is the message sent by Ramón from prison, with a cartoon by Molina (Nicaragua):

Have a look at Free Nse Ramon website by EG Justice here.