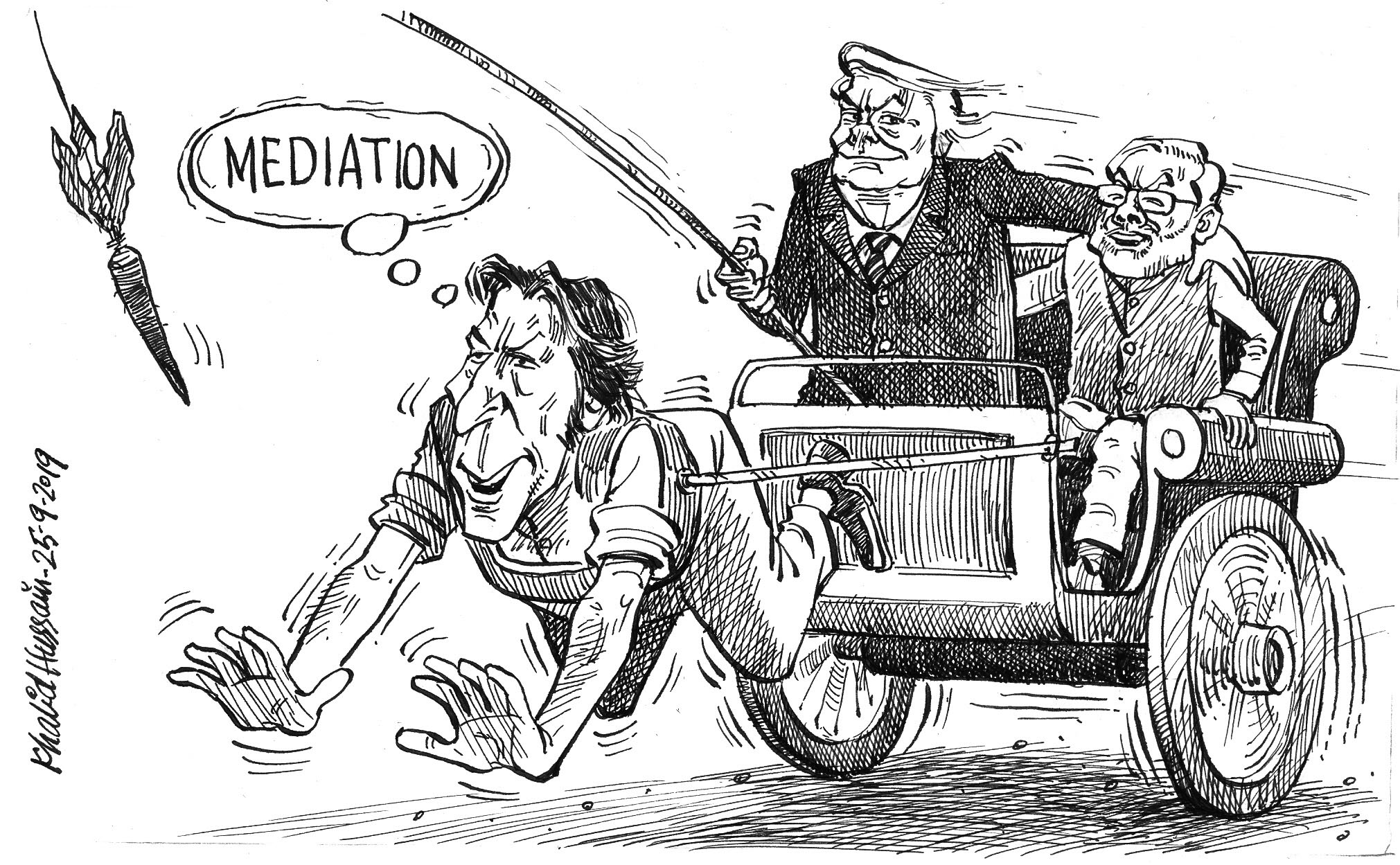 Cartooning for Peace calls on the Pakistani Newspaper The Nation to rehabilitate cartoonist Khalid Hussain, who is banned from publication following a cartoon

Press cartoonist Khalid Hussain was informed by his employer, The Nation newspaper, that his cartoons would no longer be published until further notice following pressure from the Government over a cartoon. The Editor of the newspaper initially apologized for the publication of the cartoon in a press release addressed to its readers (see below).

This follows the publication by the newspaper of the cartoon below, on 26 September 2019, dealing with the conflict between India and Pakistan over the Kashmir region. The representation of Pakistani Prime Minister Imran Khan was considered insulting to him and Pakistan. The cartoonist denies having wanted to insult the Prime Minister and states that he expressed his opinion on this sensitive issue, while the Prime Minister was going to the United Nations gallery during the General Assembly. 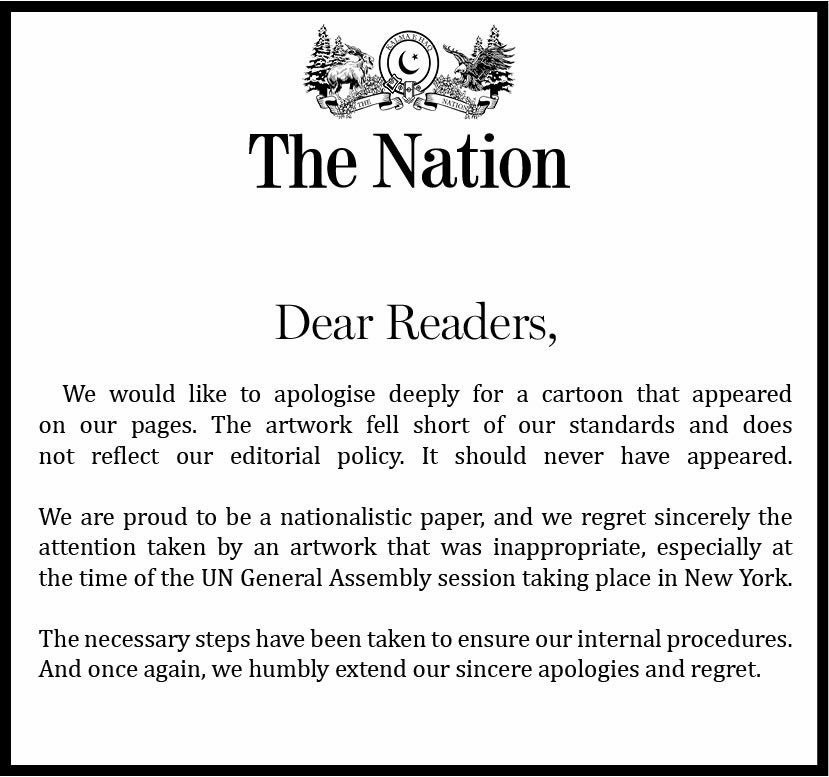 Apologies from the newspaper after the publication of the press cartoon

On 21 October 2019, Khalid’s cartoons were still not published and he was awaiting rehabilitation, even though he was still employed by the newspaper.

Cartooning for Peace is concerned about the recurrence of these cases: once again, a newspaper editor, after having assumed the publication of a drawing, disassociates himself from its author under political pressure.

Pakistan is ranks 142nd out of 180 countries in the 2019 Reporters Without Borders press freedom index and has recently taken other freedom-repressive decisions against national and international press cartoonists[1].