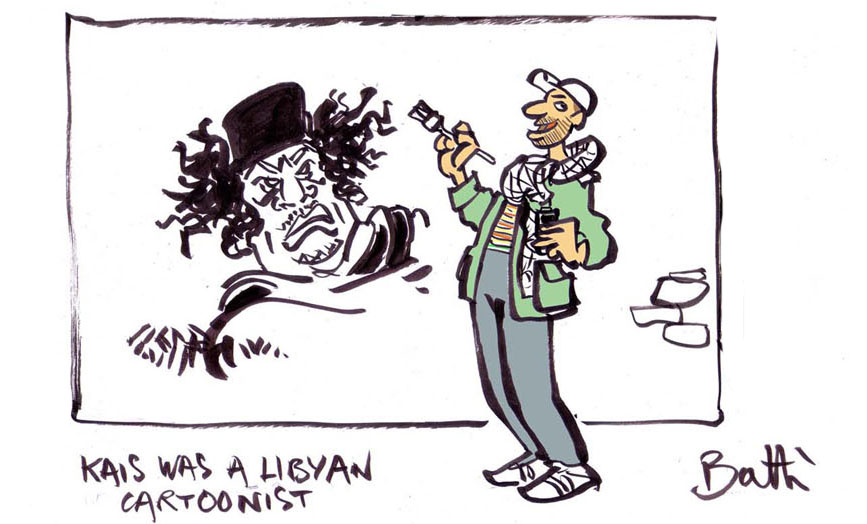 After the February 2011 revolution, Kais, a young Libyan cartoonist, caricatures Gadhafi on the walls of Benghazi, especially on buildings that symbolize power, that is to say police stations, secret services premises and military camps.

On the 20th of March 2011 in Benghazi, he falls into a trap. He is supposed to meet up with some friends to draw on walls but a man comes to him, checks his identity before shooting him in cold blood.

Qais Al-Helali dies at the age of 31, shot by a Gadhafi supporter because he dared to draw the dictator.