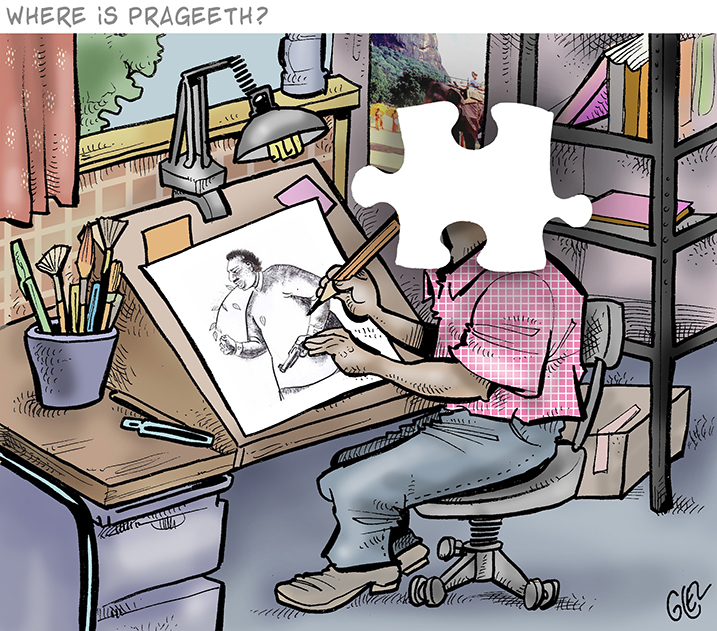 On 24 January 2020, it has been 10 years since Sri Lankan journalist and cartoonist Prageeth Ekneligoda disappeared. Today, despite a 10-year investigation and the start of the trial for kidnapping that began in November 2019, many grey areas remain.

Cartooning for Peace hopes that this trial will shed light on what happened to Prageeth and reiterates its support for his wife and his entire family.

Prageeth Eknaligoda is a Sri Lankan political analyst and caricaturist whose cartoons clearly denounce Sri Lankan government –political power was in the Rajapaksa group’s hands at that time. This cartoonist does not even sign his cartoons that particularly criticize President Mahinda Rajapaksa because he fears retaliation.

Prageeth disappears on the 24th of January 2010. He was leaving the premises of Lanka E-news, a Sri Lankan news website based in Homagama. In 2011, following the absence of reaction from Sri Lankan authorities that did not take any measures to learn more about Prageeth Eknaligoda’s disappearance, Reporters Without Borders and Cartooning for Peace launched a campaign to support the cartoonist.

When Sirisena is elected President in January 2015, things change and the investigation is reopened, even though it is too late : it has been 5 years  that the cartoonist is missing.