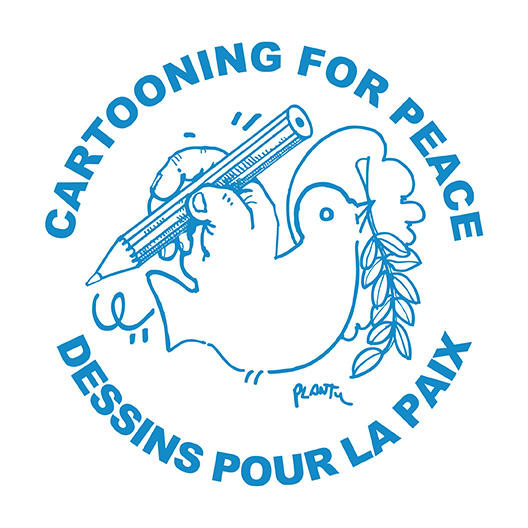 Libyan cartoonist Nizar Siala made a caricature that denounced armed militias’ obscurantism after that this coalition of armed groups (« Fajr Libya ») –close to the Islamic extremists- had taken the capital Tripoli and damaged a 1930 Italian statue showing a goddess petting a gazelle.

This naked female statue was indeed considered as an indecent figure by the Islamists and it completely disappeared at the beginning of November 2014. This cartoon expressed Nizar Siala’s bitterness towards such violent acts against people and monuments. The cartoon was shared on social networks at large scale without Nizar Siala’s knowledge, especially on an anti-Islamist Facebook group and then with added deaths threats on Islamist Facebook groups.