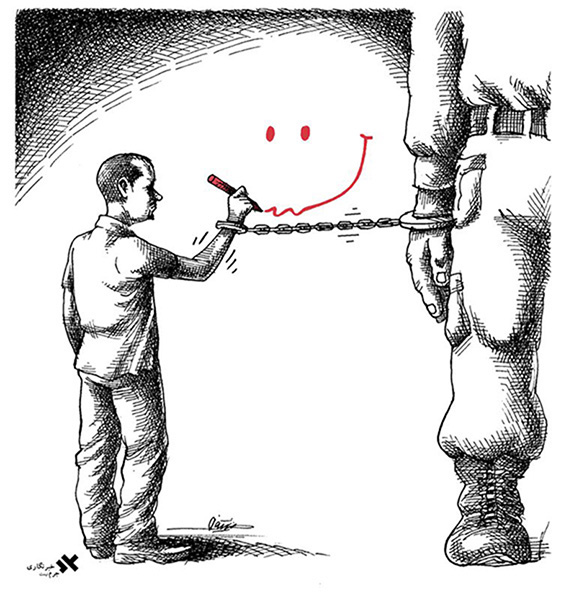 Prominent Iranian cartoonist Hadi Heidari was arrested on Monday, November 16 at his office in Shahravand newspaper, where he works as Artistic Director, and was taken to Evin prison. Police officers who arrested gave no explanation and his lawyer hasn’t had the possibility to meet him yet.

Hadi Heidari was previously arrested in 2009 and was imprisoned for 17 days. In 2010, he was arrested for propaganda against the State accusations” a second time. In 2012, a third arrest, this time for a cartoon published in Shargh newspaper: the authorities accused the cartoonist of mocking Iran-Iraq war combatants.

Read Journalism is not a crime report