Cartooning for Peace / Dismissal of cartoonists: towards a new form of censorship?

Dismissal of cartoonists: towards a new form of censorship?

Following the cessation of the publication of political cartoons in the international edition of the New York Times in July, the freedom of expression of cartoonists is once again threatened and the profession is suffering a new blow: the contract of the Canadian cartoonist Michael de Adder was terminated by the Brunswick News Inc. press group, owner of the newspapers Times & Transcript, the Fredericton Daily Gleaner, the Telegraph Journal and the Saint John Telegraph-Journal in which his cartoons had been published for over 17 years. The decision comes two days after the release of a cartoon that became viral on the Internet. 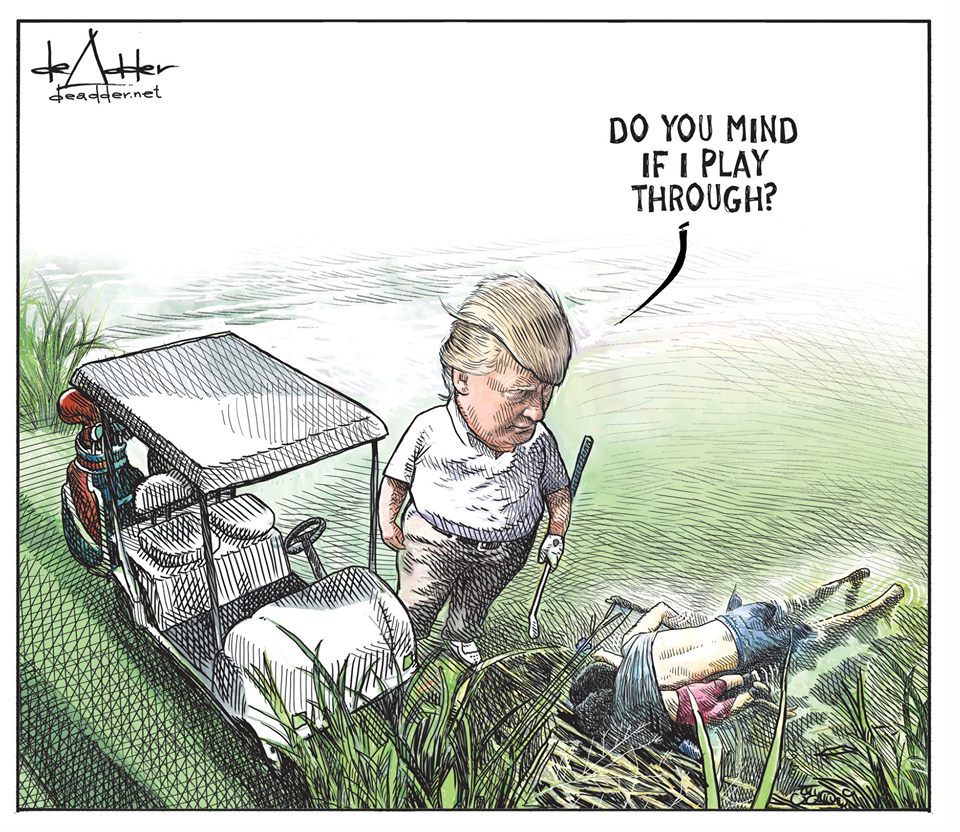 The cartoon depicts President Donald Trump playing golf and asking two dead bodies if he could play above them, referring to the death of a Salvadorian father and his daughter, who drowned while trying to cross the Rio Grande to enter the United States in June.

As no reason was given to Michael de Adder by his employer, the hypothesis put forward and widespread is that of a decision guided by the political and commercial interests of the group belonging to the businessman James K. Irving.

Brunswick News Inc. representatives denied the causal link between the cartoon and the decision on two occasions, arguing that the latter had been made long ago and was intended to replace Mr. de Adder with another press cartoonist, Greg Perry, who finally declined the offer.

Although distinct, the cases of the NY Times and Brunswick News Inc. show similarities that raise questions: the two decisions were made following the buzz surrounding the publication of cartoons on the Internet and it is legitimate to believe that the cartoonists were the reason, even though these decisions are justified as the result of reflection prior to the release of the cartoons. And in both cases, the exact reasons for the decision are not explained…

Antonio (Portugal) – cartoon published in the newspaper Expresso, then in the NY Times without Antonio’s permission

Caution and critical thinking are therefore necessary, but the recent recurrence of simulated cases worries Cartooning for Peace: “political correctness” is definitely imposed to journalism and fears are seizing some newsrooms, when they are not under direct pressure. We are witnessing the development of censorship of press cartoonists, encouraged by the viral nature of the spread of information on the Internet, and determined by economic or political issues in Europe and North America. 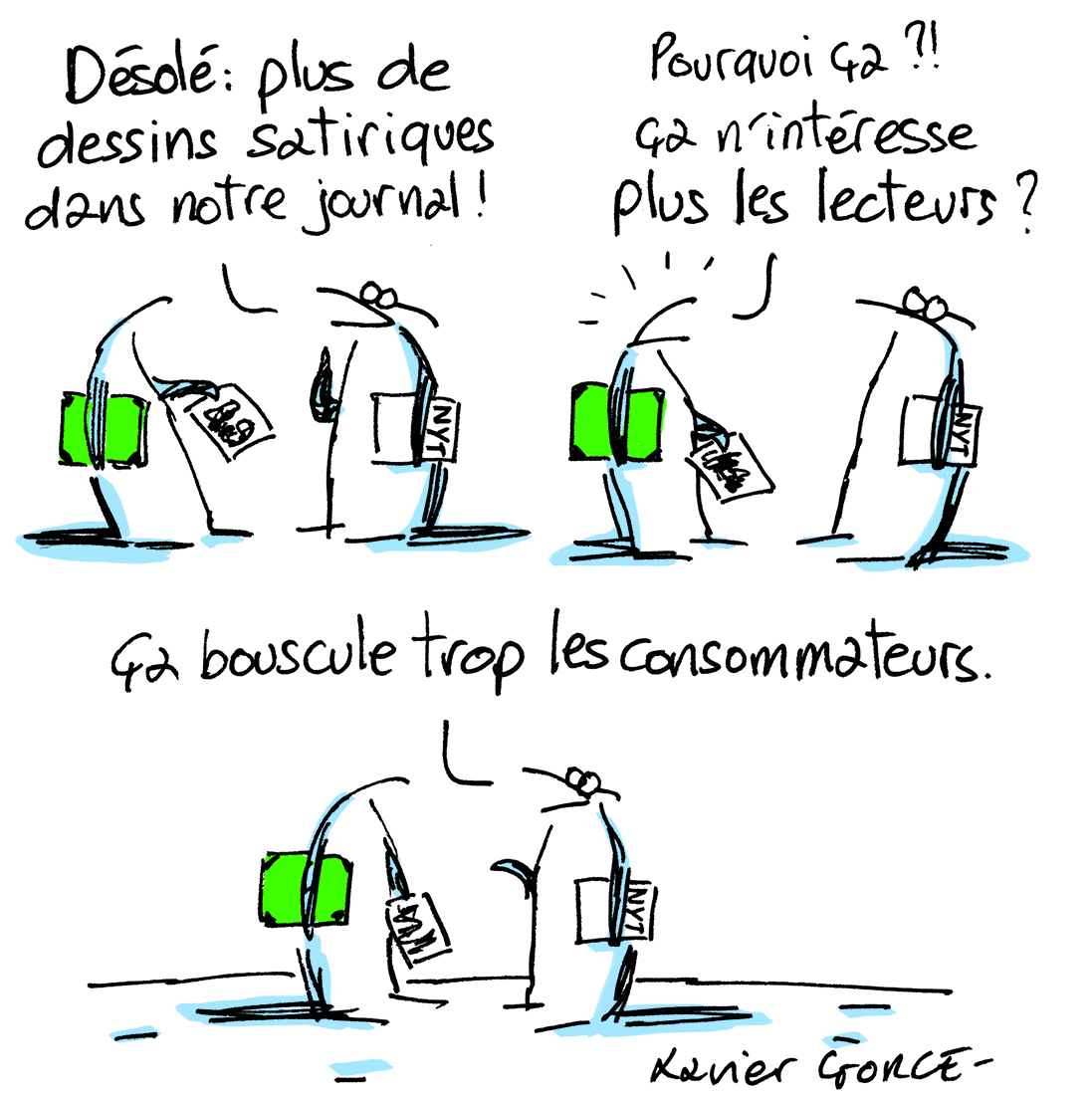 Cartooning for Peace remains vigilant and calls for the defense of the fundamental role of the press cartoon in the democratic debate and the need to protect its authors. These concerns are central to the Addis Ababa Declaration for the recognition of press cartoons as a fundamental right, supported by many cartoonists (2019).