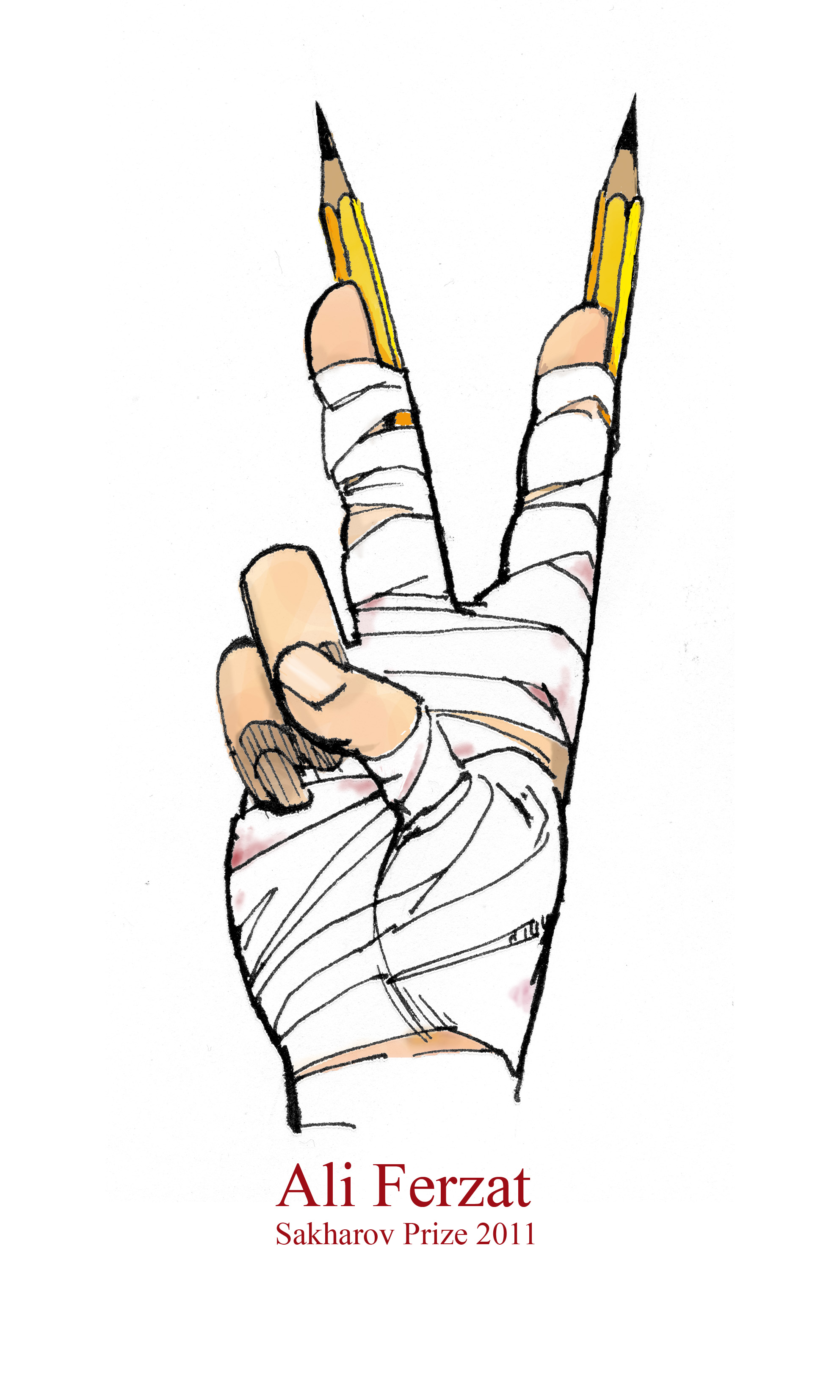 In August 2011, two masked and armed men attack the Syrian cartoonist and artist Ali Ferzat and break his hands as a warning. According to them, it is all about preventing him from drawing cartoons that « dishonour » the leaders of the regime –even though they have been contested for several years by a popular revolt.

Ali Ferzat’s hands and left eye are seriously injured and he is found on the road from Damas to the airport before being led to the hospital.  He recovers in Koweit and since then he can use his hands again. He keeps drawing against Baathist regime.

Cartooning for Peace followed closely Ali Ferzat’s situation and many of our cartoonists expressed their support through cartoons.

Ali Ferzat was awarded the Sakharov Prize in 2011 –a way of thumbing his nose at those who wanted to prevent him fom drawing.