Cartooning for Peace / [CARTOONING FOR PEACE AND DEMOCRACY] Canada

[CARTOONING FOR PEACE AND DEMOCRACY] Canada 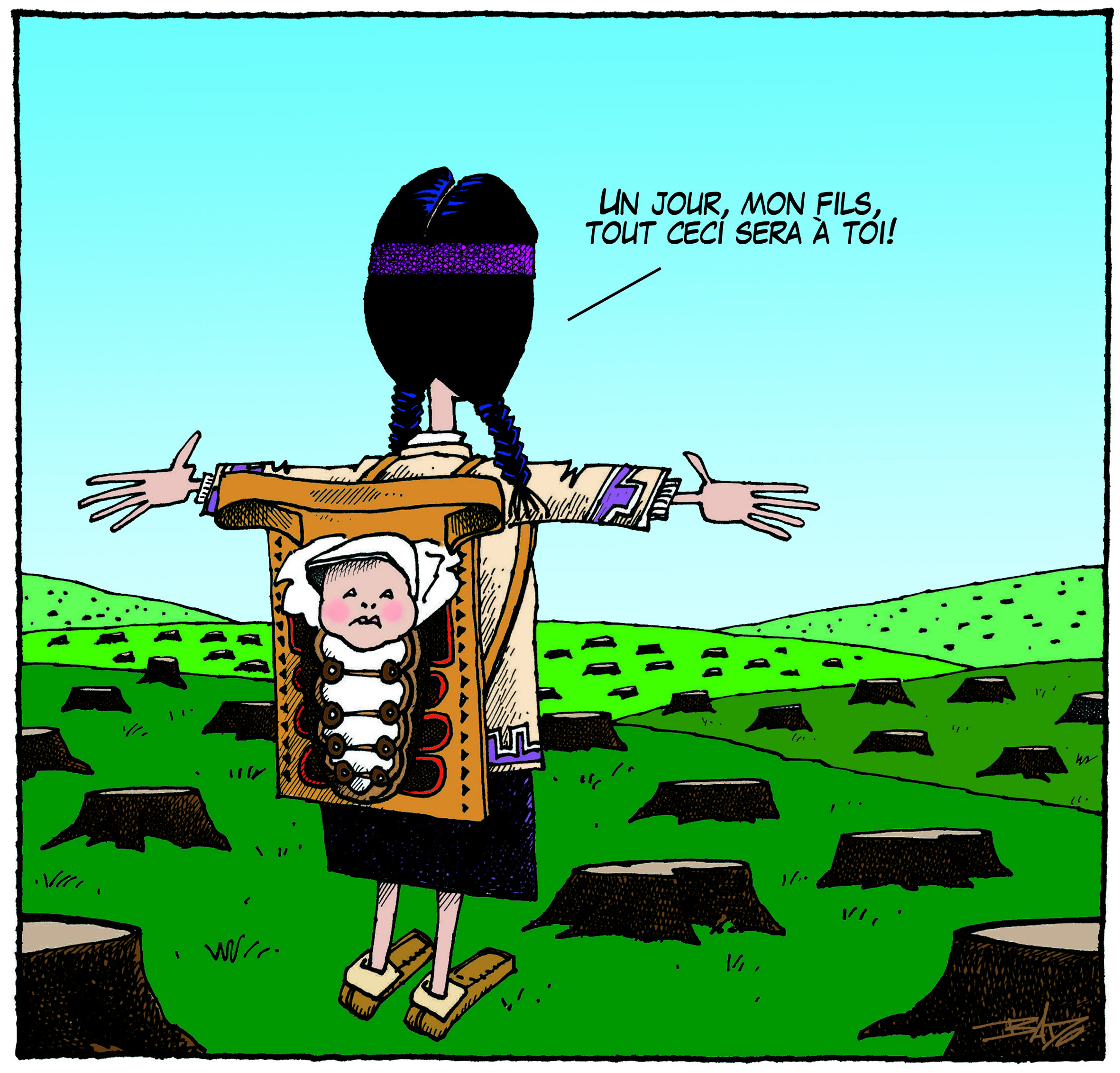 2018 marks the 100th Anniversary of the end of the First World War. Although already alert on the importance of commemorating such an important historical event, young Quebecers want to step forward and impulse initiatives in favour of the promotion of peace and living together. At the heart of this project, firmly future-oriented, and approaching topics seeming to be at the heart of their daily life.

For the occasion, the Museum of Civilization in Quebec, the McCord Museum of Montreal and the association Vision Diversité associated in order to support the initiatives launched by secondary schools’ students from Quebec. A variety of cultural activities are to be set on, the high point being organised during the Semaine de la Francophonie, between 15 and 20 March 2019 in Quebec City and Montreal.

Through our programme “Cartooning for Peace and Democracy”, in line with this eagerness to promote peace, Cartooning for Peace is associated to the organization of this project. To do so between January and March 2019, workshops are set for students from partner schools.

The Museum of civilization of Quebec seeks to arouse the encounter between one-self and others; the museum offers a memorable and moving experience that prompts for action. Human beings are at the centre of their concerns and they promote their universal knowledge, dialogue and critical thought for a fairer world for all, and respectful of differences.

Vision Diversité is a NGO committed to promote the importance and the richness of the cultural melting pot of Quebec’s artistic life. Along with the school commissions Marguerite Bourgeoys of Montréal and Québec City, and in tight collaboration with the Ministry of Education of Quebec, the association leads and coordinates actions to support initiatives enabling young people to build a sense of identity through arts.

The McCord Museum is a museum of social history which celebrates life in Montreal of yesterday and today: its history, its peoples, its communities. Open on the city and on the world, the museum presents stimulating exhibitions, and organizes as well educational and cultural activities appalling people from there and elsewhere by offering a contemporary look/view on history. Its collections cover two centuries and a half of Canadian history and the museum shelters the second greatest collection of original cartoons of the country.

Cartooning for Peace, the Museum of civilization of Quebec, the McCord Museum and Vision et Diversité are associated around the EU-funded scheme, “Cartooning for Peace and Democracy” in Canada, in order to support the initiatives carried by these young Canadian seeking to create a pacified and inclusive environment.

For the occasion, the exhibition “Cartooning for Peace” has been specially adapted, in concertation with our local partners, to the Canadian context and audience, and includes furthermore many contributions of local press cartoonists.

On December 3rd and 4th, a training session was held at the Museum of Civilization of Québec, in which professors from the partner schools in Quebec were invited as well as Canadian press cartoonists. Following what, trained professors and cartoonists will organize from January to March 2019 around 10 workshops for secondary school students. We will count on the participation of Bado, Brignaud, Garnotte, Jacques Goldstyn and Ygreck. These meetings give the opportunity to young Quebecers to know more about press cartoonists’ work, exchange around freedom of expression and discuss some societal themes as illustrated in the exhibition. Finally, students will also be able to create their own cartoons expressing their personal conception of peace.

Moreover, the exhibition “Cartooning for Peace” will be presented in March 2019, during ‘La Semaine de la Francophonie” at the National Library of Montreal on 15 March 2019, and at the Museum of civilization of Quebec, on 20 March 2019. Along with the exhibition, will be exposed the best creations from students who took part to the project. To further its action, Cartooning for Peace plans to organize other activities during this week (conference-debate/seminar with press cartoonists)

Discover the exhibition Cartooning for peace and democracy in Canada (in French): Here