Laureates of Cartooning for Peace and Clairefontaine’s cartoon contest announced! 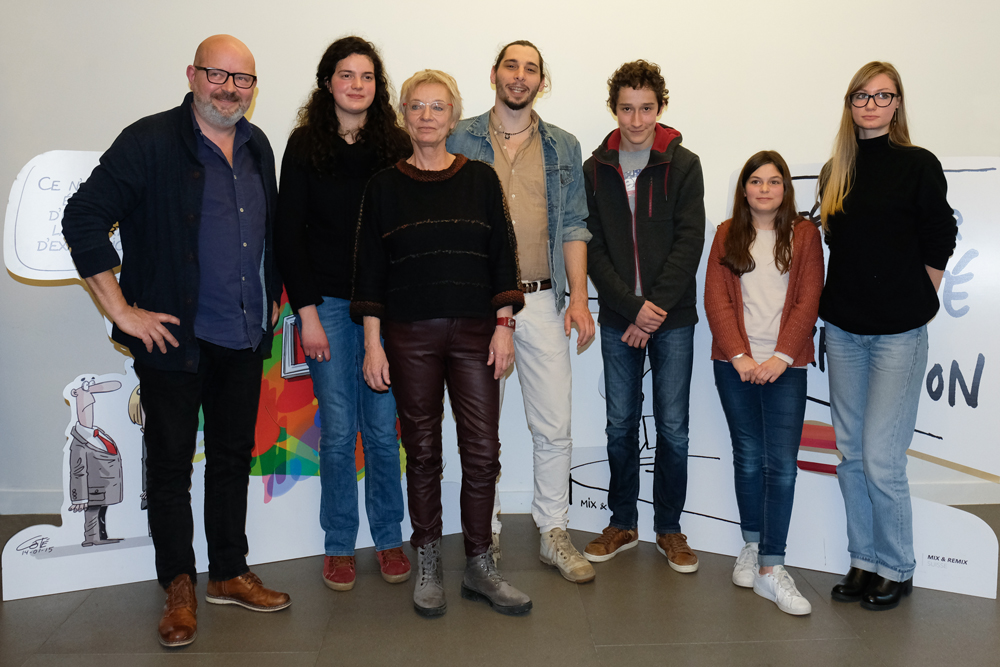 On Thursday 8 March 2018, at the Jean Jaurès Foundation, the jury, chaired by the Belgian cartoonist Cécile Bertrand, rewards the young talents revealed during the Press Drawing Competition. This contest, organized jointly by Clairefontaine and Cartooning For Peace from September 1, 2017 to January 1, 2018, honors the “Living Together” and is aimed at young designers aged 11 to 25.

The five winners are rewarded by jury president Cécile Bertrand and receive a Cartooning For Peace prize, a Clairefontaine prize and a cheque for 500 euros for the Grand Prize winner.

The prize-giving ceremony is followed by a conference, to which the Ile-de-France school students who took part in the competition are also invited. Based on the theme of the competition, the “Living together”, and animated by the Belgian cartoonist and president of the jury Cécile Bertrand and the cartoonist Xavier Gorce, the exchange between the two cartoonists allows to tackle the particularities of the job of press cartoonist, their favorite themes, censorship or self-censorship that guide their productions, and to give valuable advice to the young talents present in the room, who for some even sketch live the conference.

The ceremony is also broadcast live on Facebook, to allow students and teachers from all over France and overseas to speak and also ask their questions to the two cartoonists.

A big thank you to the 450 budding cartoonists who participated this year in the Cartoon Contest! Congratulations to our five winners!