Cartooning for Peace participates in the “Youth Say Peace” event 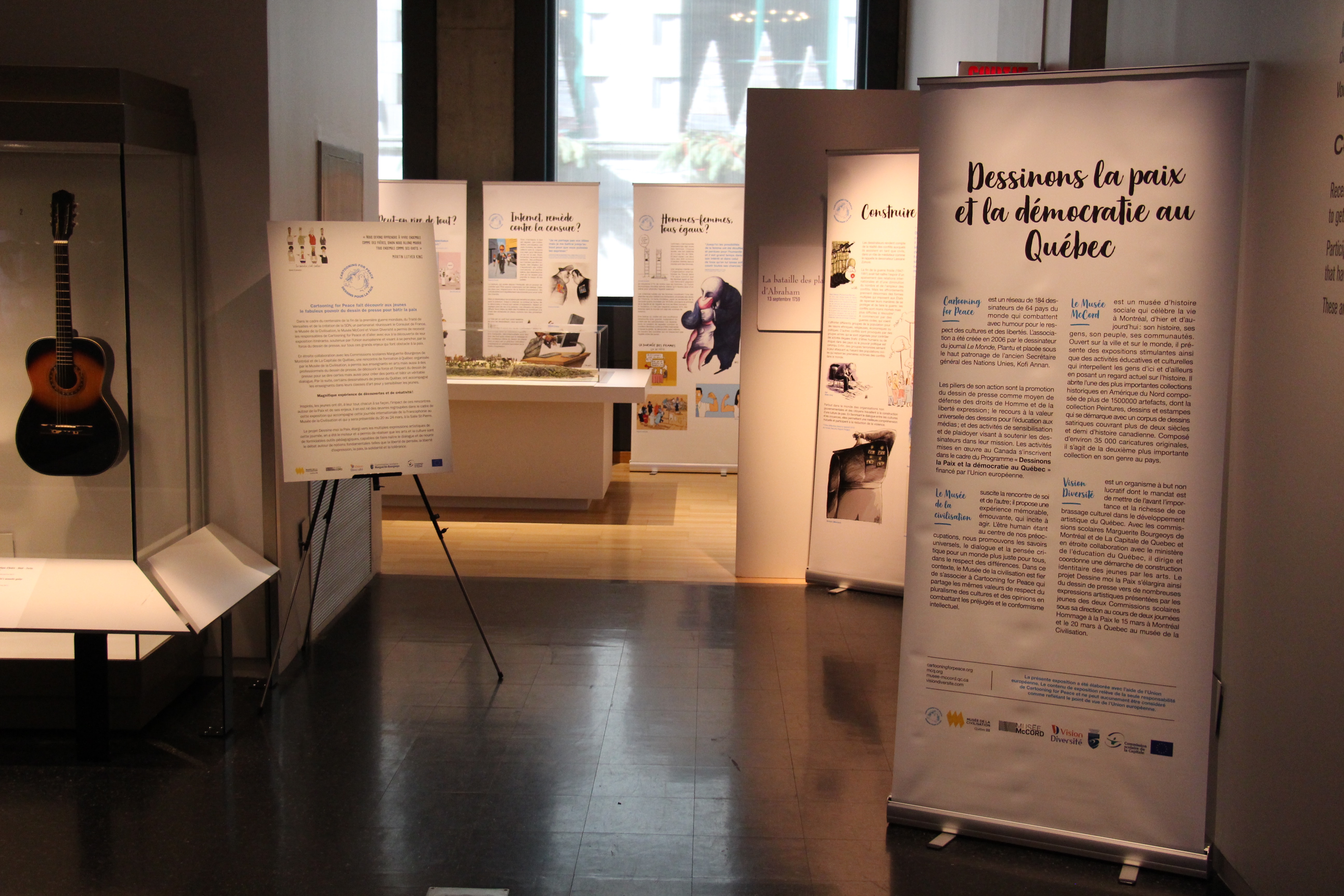 As part of the « La semaine Internationale de La Francophonie and the centenary of the First World War, more than 250 young people from the Marguerite-Bourgeoys and the Capital school boards gathered in Montreal and Quebec City to reflect on the challenges of peace, particularly through artistic expression.

Having benefited from the support of the press cartoonists involved in the project, the young people were thus able to express their vision of peace through press cartoons.

The following video highlights the richness of the exchanges in French: