Cartooning for Peace / Cumhuriyet trial in Turkey: Musa Kart sentenced to 3 years and 9 months in prison

Cumhuriyet trial in Turkey: Musa Kart sentenced to 3 years and 9 months in prison 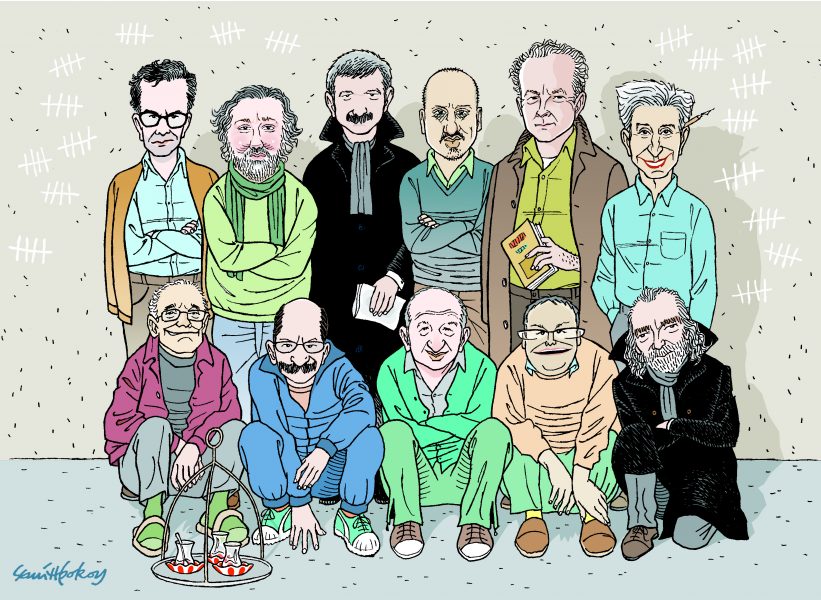 After nine long months of a trial considered as the symbol of the erosion of press freedom in Turkey, 14 employees of the newspaper Cumhuriyet were sentenced to prison terms of between 2 and more than 8 years – including the press cartoonist Musa Kart. In particular, they were accused of aiding the Kurdistan Workers’ Party (PKK) and preacher Fethullah Gülen.

However, after the verdict was announced, the journalists promised not to be intimidated. “You will be shamed in front of history,” Cumhuriyet reported on his website Wednesday night.

Sentenced journalists will not be sent to prison pending the appeal process. However, they are subject to judicial control and a ban on leaving the country.