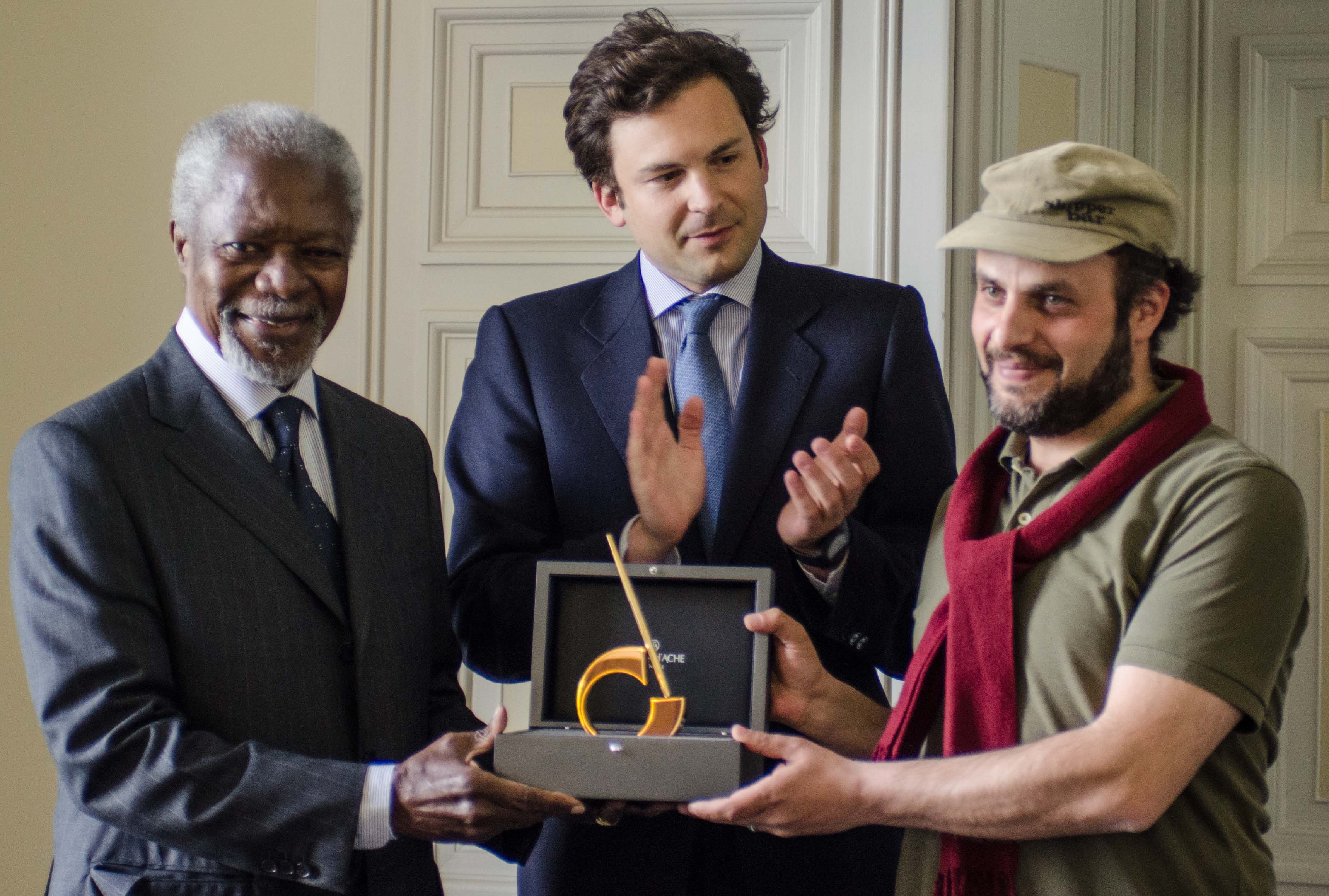 In order to celebrate the International Day of Freedom of the Press on the 3rd of May, the Cartooning for Peace Swiss Foundation and the City of Geneva present the 2014 Press Cartoonist Prize awarded by Cartooning for Peace Honorary President, Mr. Kofi Annan, to the Egyptian Doaa Eladl and the Palestinian Hani Abbas who lived in Syria.

The event goes with the “Every State of War” exhibition. Cartoons about wars, civil wars and cyberwars will be displayed along the Quai Wilson until the 3rd of July.

“Doaa, a cartoonist in Egypt, is a well-known artist in the Arab World. She has conquered a traditionally masculine bastion with her talent, choosing to fight against the touchiest issues in Egyptian society such as the condition of women and sexual harassment. A cartoon showing Adam and Eve banished from Paradise published in 2012 provoked the fury of the censors and a complaint from the authorities for blasphemous sentiments. Although her cartoons encourage people to express themselves democratically, she does not want to be considered as a heroine.

The glance of an artist can denounce the inexpressible. A cartoon can change a destiny. Hani Abbas, a cartoonist born in 1977 in the Palestinian camp of Yarmouk, in Syria, had this bitter experience. After having posted a cartoon on Facebook in 2012 immortalising a flower as a symbol of the Syrian rebellion, this young teacher was threatened by the Syrian secret services. Obliged to flee Syria with wife and child, Hani Abbas is now a refugee in Switzerland, where he continues to denounce the horror of a tragedy with his talent and a stripping sense of humour.” (Extracts from the press release)