Cartooning for Peace / Events in Switzerland / Every State of War (2014) 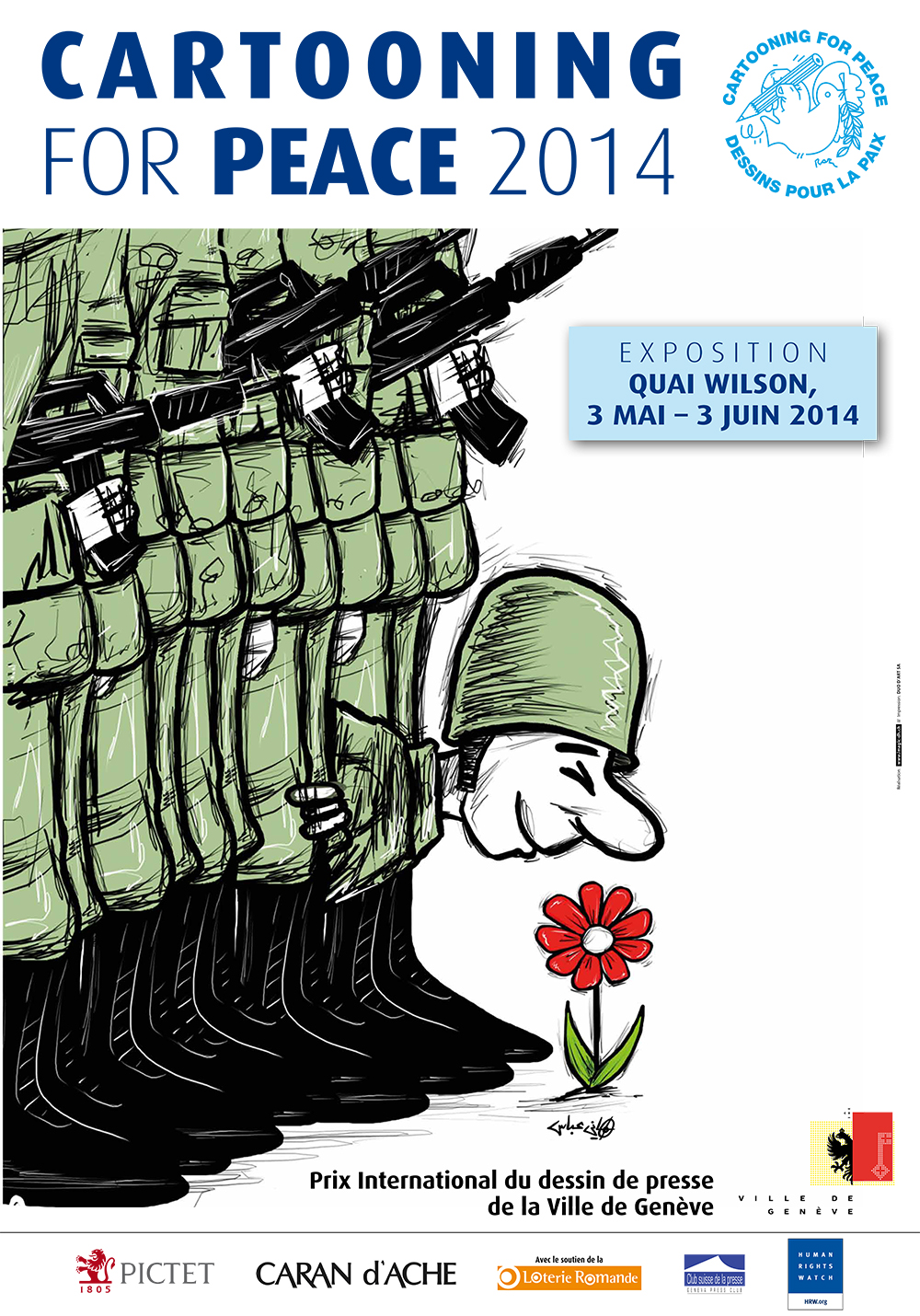 On 3 May 2014, the International Press Cartoon Prize 2014, organized by the Swiss Foundation and the City of Geneva, is awarded by Kofi Annan (Honorary President of Cartooning for Peace and former Secretary General of the UN) to two talented editorial cartoonists : Hani Abbas and Doaa Elald. The prize rewards, every two years in Geneva, a press cartoonist for his courage, his talent and his commitment to the values ​​of peace, tolerance and freedom of expression.

From 3 May to 3 July 2014, cartoons of both winners are displayed in large format on the banks of Lake Geneva, as a main part of the “Every State of War” exhibition. One hundred years after the beginning of the First World War, the “Every state of war” exhibition ​​is a state of affairs on conflicts, civil wars and cyberwar from yesterday to tomorrow, sketched by the international press cartoonists of Cartooning for Peace.

After Geneva, from June, 28 2014the Cartooning for Peace exhibition is presented in Sarajevo, in partnership with the WARM Foundation on the occasion of the centenary of the attack against the Archduke of Austria..

Have a look at the exhibition catalog online