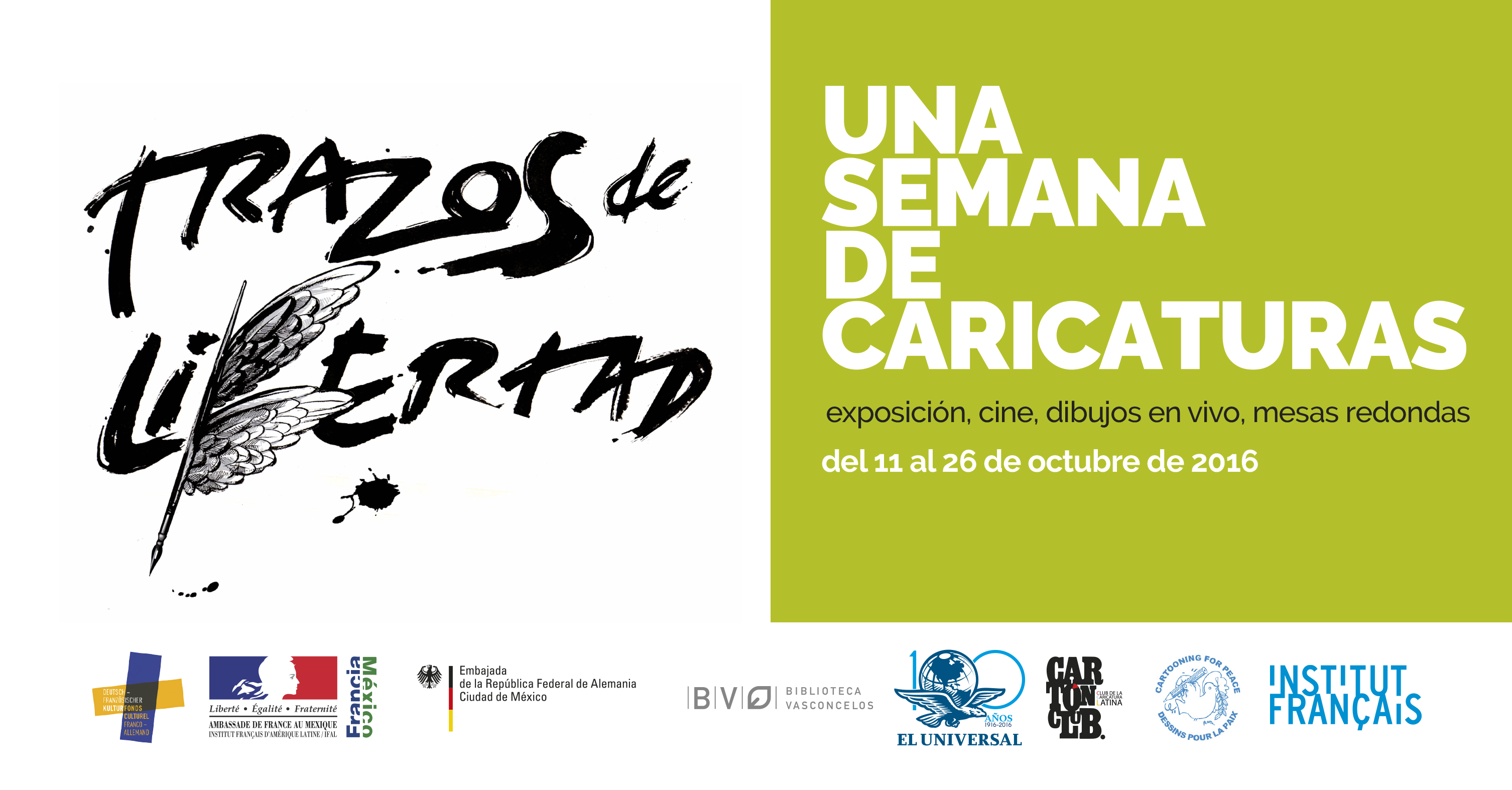 From 11 to 15 October 2016, French and German embassies in Mexico host “Trazos de Libertad”, a set of events discussing freedom of expression, in association with El Universal – which celebrates its 100th anniversary.

During a whole week, the Vasconcelos library, la Maison de la France, and the IFAL cinema, in partnership with Cartooning for Peace and Cartoon Club, organize various meetings with cartoonists and journalists, as well as conferences and projections, in order to offer a crossed overview of editorial cartoons in Latin America and Europe.

Cartooning for Peace will present its travelling exhibition “Cartooning for Peace” as well as a set of thirty drawings from Latin-American cartoonists, dealing with subjects such as violence against women, corruption and censorship.

Many round tables and debates are also organized, with the participation of Aurel (France) and Dario (Mexico) and other Latin-Americans cartoonists. They will draw in live during the conferences.