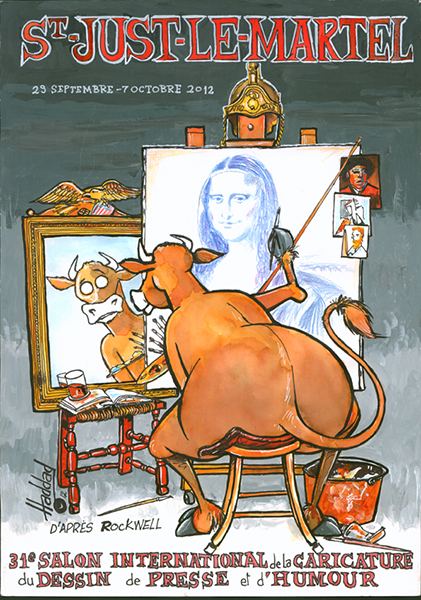 Since 2007, Cartooning for Peace is partner of the International Editorial Cartoons Salon in St Just le Martel. Event very well-known, St Just le Martel presents about ten exhibitions and invites every year about a hundred cartoonists to express their views through conferences and debates.

During the different editions, Cartooning for Peace presents its exhibitions « Cartooning for Peace » (2007, 2008, 2009), « Liberty Equality Fraternity » (2010), « Living together » (2011) and an exhibition of about hundred cartoons on 2012 elections around the world. The latter illustrates the different votes (Venezuela, Mexico, USA, Egypt, Russia, Iran, France…) that marked 2012 through humoristic and incisive cartoons.