Publication of two new albums in Cartooning for Peace collection 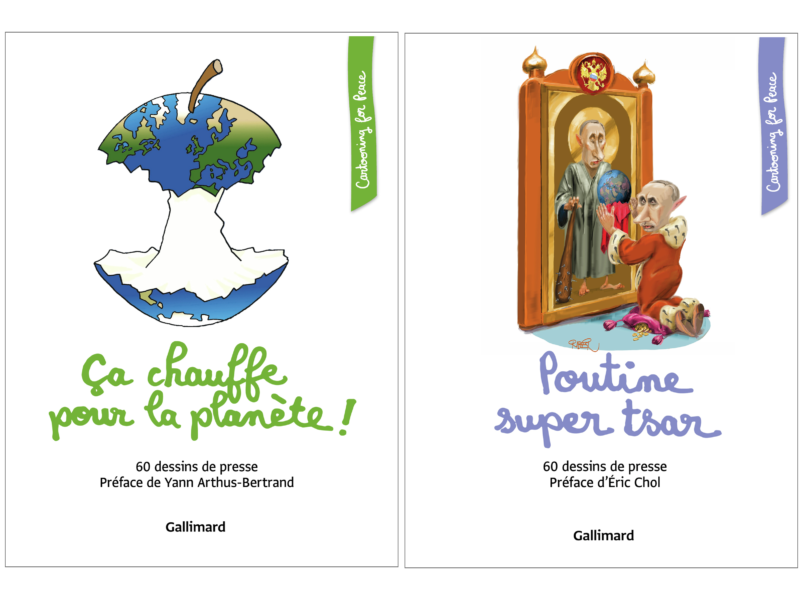 After the publication in 2017 of four books and one special edition from collection Cartooning for Peace and Gallimard, two new titles are coming in bookstores on Thursday, March 8.

For these new opus, cartoonists from all around the world tackle themes, which are more than ever making newspapers headlines: ecology and Putin, on the eve of Russian elections. 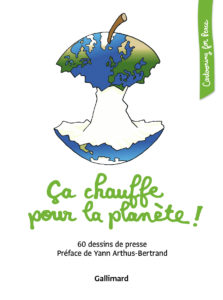 Now that the US decided to withdraw from Paris climate agreement and our annual planetary ressources are consumed in less than 8 months, it may be a good time to question the health of our good old Mother Earth. Cartooning for Peace raises awareness about environmental issues through a selection of 60 editorial cartoons from all over the world in a brand-new album. Thematic sections explore challenges of global warming, consequences of natural disasters and renewable energies for example. The preface was written by Yann Arthus-Bertrand profoundly committed to the environmental cause through his photographic work, the production of documentaries and his foundation’s actions, Good Planet. 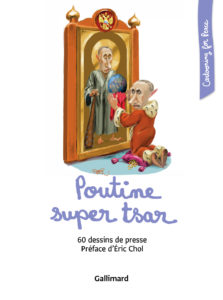 Each thematic 120-page book of the collection is prefaced by an expert and explores a subject of topical interest through sixty editorial cartoons from all over the world. The four first books were published on May 11th, on the themes of Europe, the refugee crisis, the role of women and the USA after Trump’s election. The prefaces were written by Daniel Cohn-Bendit for Désunion Européenne (European Disunion), Benjamin Stora for Tous migrants ! (All migrants !), Elisabeth Badinter for Place aux femmes ! (Make way for women !) and Eric Fottorino for DéTrumpez-vous ! (Trumping Trump !).