Cartooning for Peace / Events / WAR IN UKRAINE: freedom of the press in times of war

WAR IN UKRAINE: freedom of the press in times of war 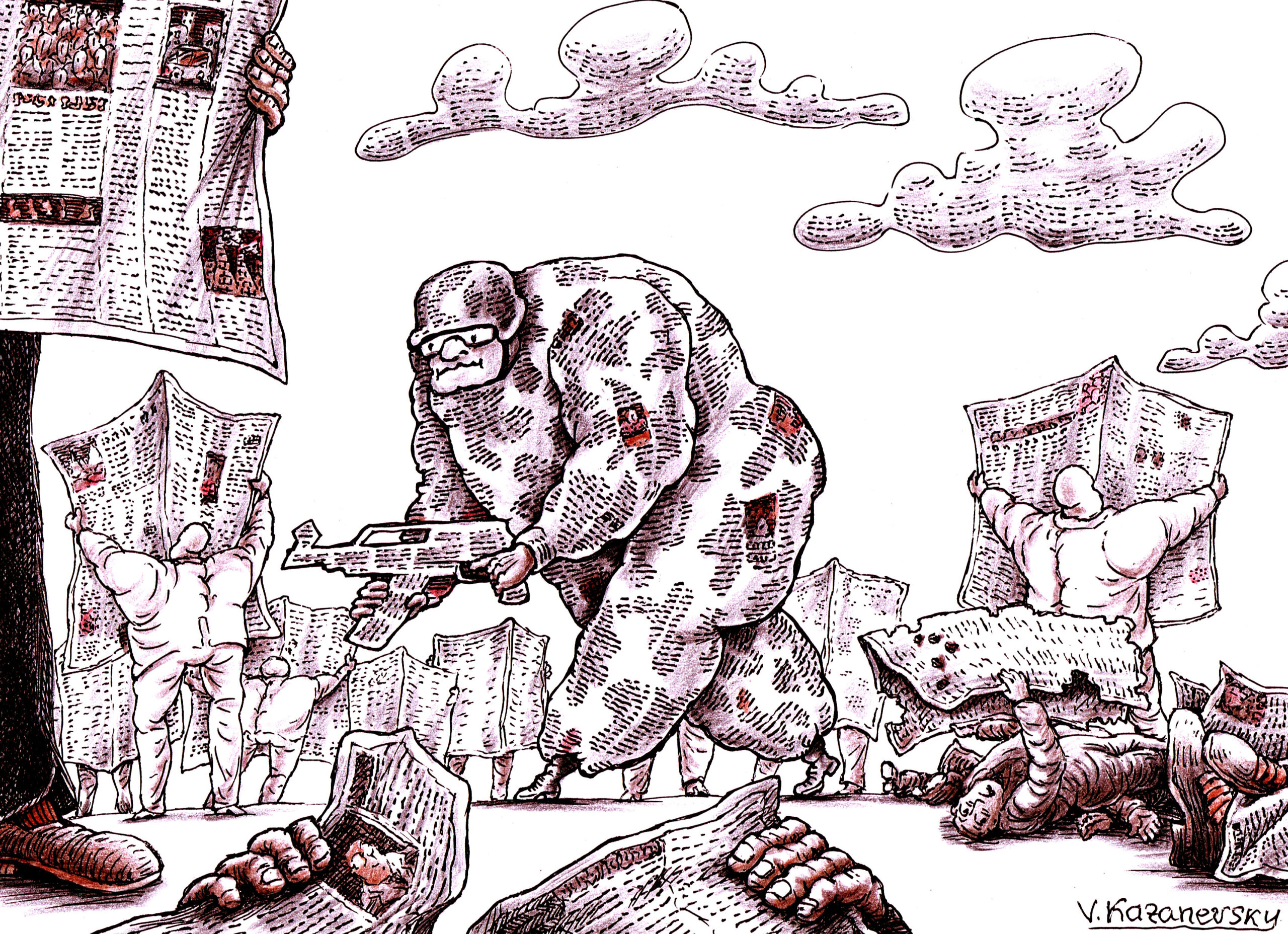 Cartooning for Peace, the Jean Jaurès Foundation, the Ukrainian Embassy in France and the Friends of Ukrainian Culture in France are organising a round table: “War in Ukraine: Freedom of the Press in Times of War”.

The war in Ukraine, unleashed by Vladimir Putin, takes us back to the darkest hours of history.

In addition to the war of arms, which has resulted in a tragic number of civilian victims, there is also the war of words and images.

This is known as the “information war” or the “story war”. It accentuates the dangers of disinformation, propaganda and censorship and raises the question of press freedom in times of war.

So how can we bear witness, analyse, draw, denounce and guarantee reliable information? We will discuss this with :

The Cultural Centre of the Ukrainian Embassy and the Friends of Ukrainian Culture in France present an exhibition of original drawings by Vladimir Kazanevsky and caricatures from around the world:

As part of its collection published by Gallimard, Cartooning for Peace, in partnership with Amnesty International and France Médias Monde, will soon publish “Fichez-nous la paix !” (Leave us in peace!). Prefaced by journalist Pierre Haski and illustrated with 120 press cartoons from around the world, this book retraces the key moments of the war in Ukraine and allows us to grasp the major issues at stake in this conflict, which has had serious human, political and economic consequences.