Discover the winning cartoons of the competition organized by the International Labour Organization and Human Resources without Borders, in partnership with Cartooning for Peace 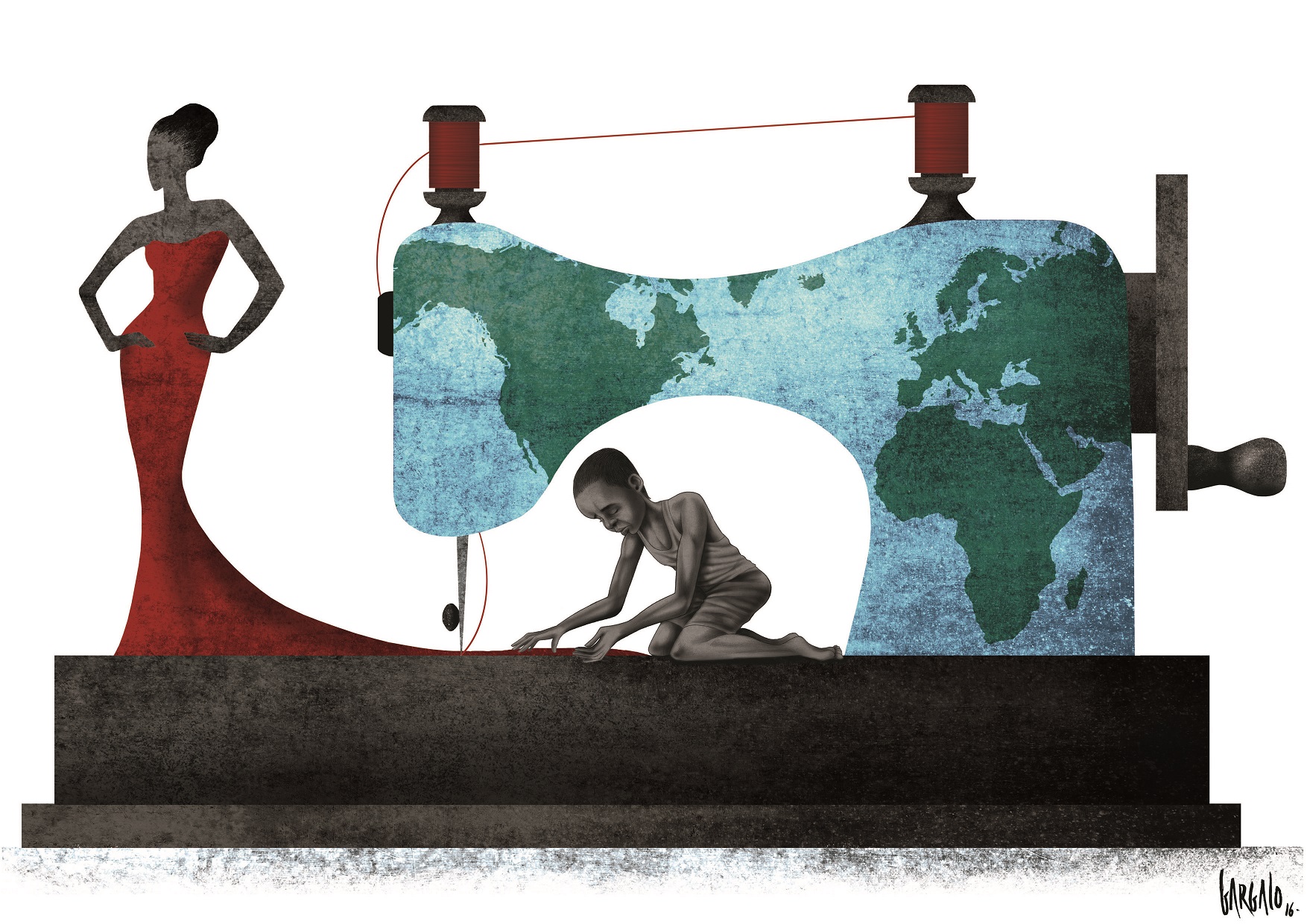 World Day against Trafficking in persons

To mark World Day Against Trafficking in Persons the International Labour Organization and Human Resources without Borders have announced the winners of an international cartoon competition on forced labour.

They were chosen by a panel of judges and the general public, out of 460 entries from cartoonists in 65 countries, who responded to the challenge “What if your pencil was a tool against forced labour?”

The competition was organized by the ILO and Human Resources Without Borders (RHSF), in partnership with Cartooning for Peace. It elicited very different cartoons, with powerful messages encouraging reflection.

“Forced labour is a complex subject”, said Philippe Vanhuynegem, Chief of the Fundamental Principles and Rights at Work Branch at the ILO. “Some stereotyped images, such as chains and balls, are often used to represent modern slavery. However, nowadays, the mechanisms through which a person can be coerced into work can be much more subtle; through deception, passport confiscation, withholding of wages or manipulation of debt. These cartoons challenge perceptions of forced labour.”

The panel of judges was made up of experts from the Alliance 8.7 partnership against forced labour and child labour, activists and former victims of exploitation, as well as representatives of the International Trade Union Confederation, the International Organisation of Employers, the ILO Global Business Network on Forced Labour, the US Department of Labor, the ILO and RHSF.

They were unanimous in awarding the first place to the Portuguese cartoonist, Gargalo Vasco.

“Drawing is my way to express my opinion and make people reflect about social and political issues. Forced labour and child labour are part of my agenda, as we live in such an unfair world and these issues are many times unseen,” Vasco said.

The Cartooning for Peace’s pick went to Eshonkulov Makhmudjon from Uzbekistan.

The public was also given the opportunity to vote through the ILO Instagram page. They selected a cartoon by Kaan Saatci from Turkey as their favourite.

The best cartoons will be featured in a travelling exhibition and a publication to be released in autumn 2021.

The competition was held at a time when the risks of being trapped in forced labour have increased due to the socio-economic impact of the COVID-19 crisis.

“More than ever, urgent action is needed to eliminate forced labour. Cartoons can open the public’s eyes, combat indifference and ultimately push people to act,” said Martine Combemale, President and Founder of RHSF. “We hope they will make people realize that forced labour is around us, through the goods and services we consume, because it can happen in our community, in our neighbourhood.”

An estimated 25 million men, women and children are trapped in forced labour. 16 million are exploited in the private sector, including in construction, agriculture or as domestic workers. 4.8 million are victims of forced sexual exploitation and 4 million are in state-imposed forced labour.

With 2021 designated as the International Year for the Elimination of Child Labour, a significant number of cartoons also focused on the situation of children forced to work.

Click here to discover all the cartoons given an ‘honourable mention’ by judges.

An exhibition presenting the winning cartoons is displayed at the Palais des Nations in Zurich (Switzerland) from May 31 to June 17. Learn more