Discover the winning artists of the UN Women comic competition “GENERATION EQUALITY: PICTURE IT”, in partnership with Cartooning for Peace 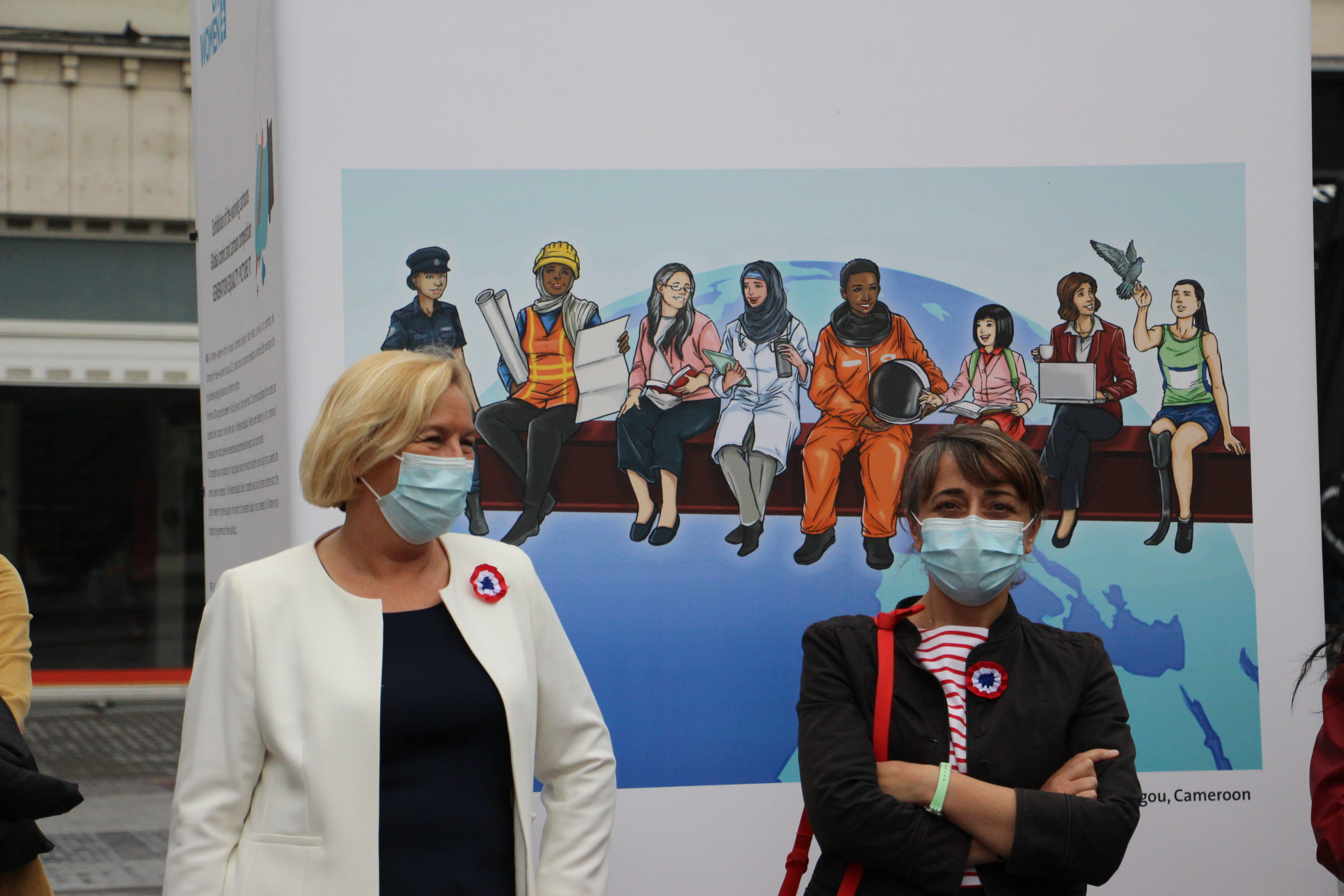 Discover the winning artists of the global comic competition GENERATION EQUALITY: PICTURE IT

UN Women—together with the European Commission, Belgium, France, Mexico, as well as in partnership with Cartooning for Peace—launched in January 2021 a global comic and cartoon competition to mark the 25th anniversary of the groundbreaking Beijing Declaration and Platform for Action.

More than 1200 young artists between 18 and 28 years old, from more than 120 countries participated in the contest and submitted their cartoons to share their vision of #GenerationEquality. Finalists were selected by a jury composed of professional comic artists (press cartoonists Alaa Satir (Sudan), Adene (France) and Boligán (Mexico), members of Cartooning for Peace), high-level representatives and gender equality experts, and a youth activist.

This competition was an opportunity for young people around the world to raise their voices using art as a powerful and universal means of expression. The #GenerationEquality: Picture It competition was also the chance to become part of the global movement for gender equality in the context of the Generation Equality Forum, convened by UN Women and co-hosted by the governments of France and Mexico.

The finalists and semi-finalists will be virtually exhibited during the Forum in Paris, taking place from 30 June to 2 July, and more exhibitions around the world are expected in the second half of 2021- stay tuned for more! An exhibition at the Place de la monnaie in Brussels is currently presenting the cartoons, until the 6th of August.

The winners of the global comic competition are: