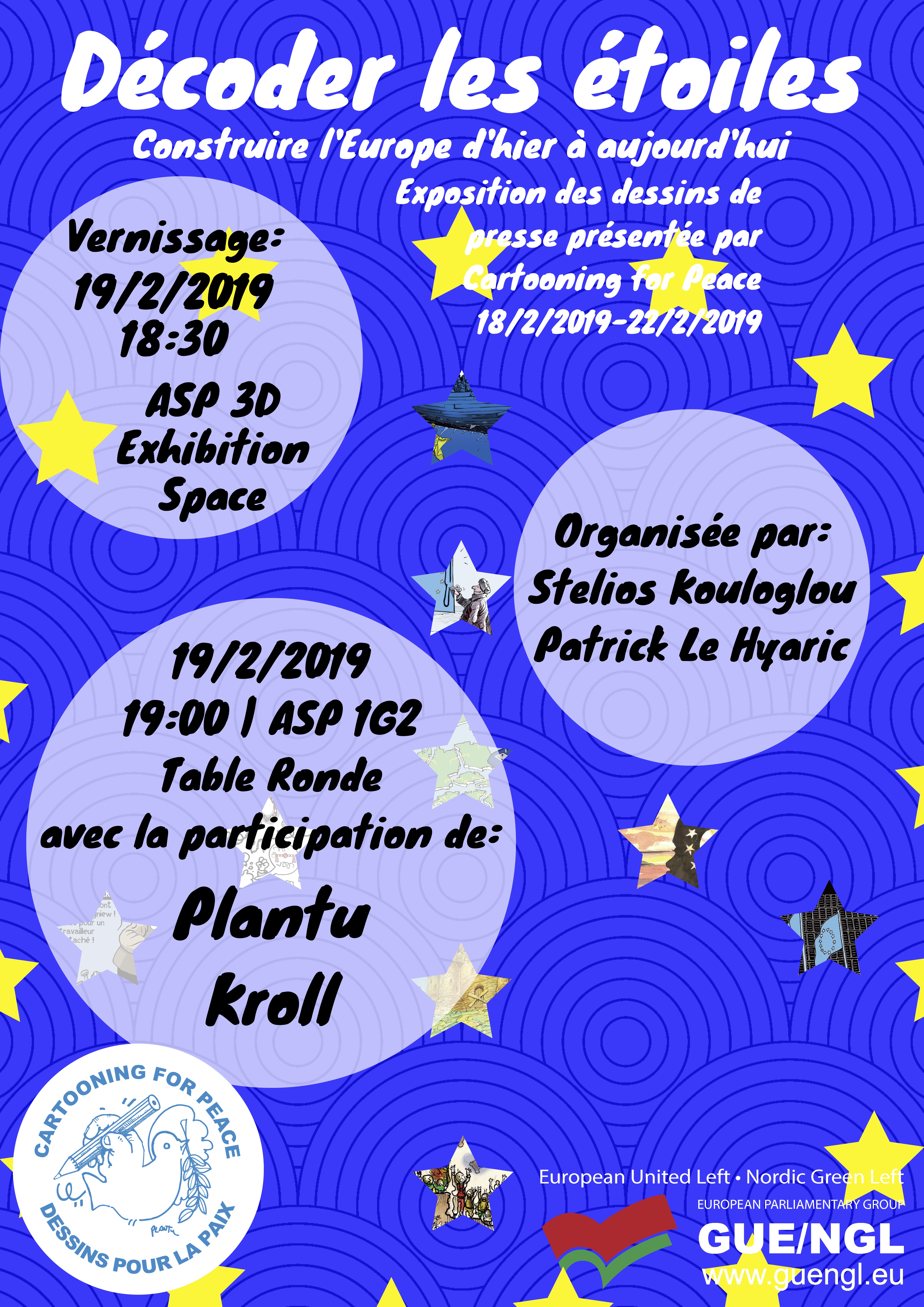 At the invitation of Stelios Kouloglou and Patrick Le Hyaric, Deputy of the European Parliament, Cartooning for Peace is pleased to present the exhibition “Decoding the Stars” at European Parliament (Brussels) from 18 to 22 February 2019, which opened on 19 February at 18:30.The panel discussion “Europe in crisis, seen by Plantu and Kroll” takes place during the opening.