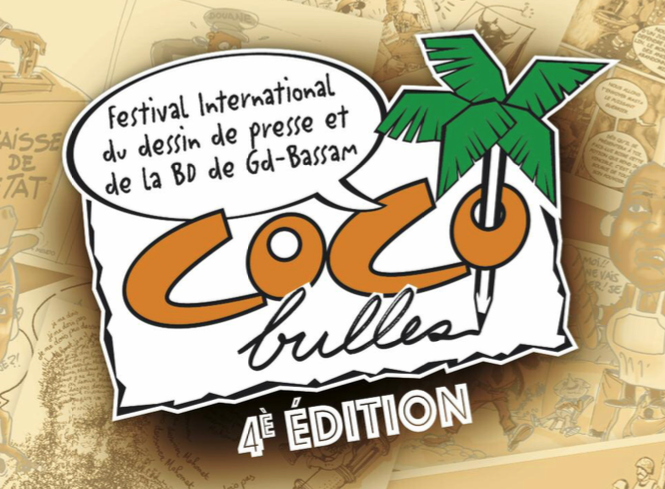 The 2017 edition counts with the presence of cartoonists coming from all over the planet such as Plantu (France), Vadot (Belgique), Willis from Tunis (Tunisia), Odia (Senegal), Glez (Burkina), meeting under the thematic of « Cartoon, democracy and development ».

As an exchange and meeting tribune between professionals from a part and general public from an other, Cocobulles was initiated by Tache d’encre, the association of Ivorian cartoonists, in 2001. The official launch of the festival takes place at the French Institute with the cartoonists Plantu, Zohoré, Willis from Tunis and Glez – all taking part in a debate with the public.

Infos and program here (in French).