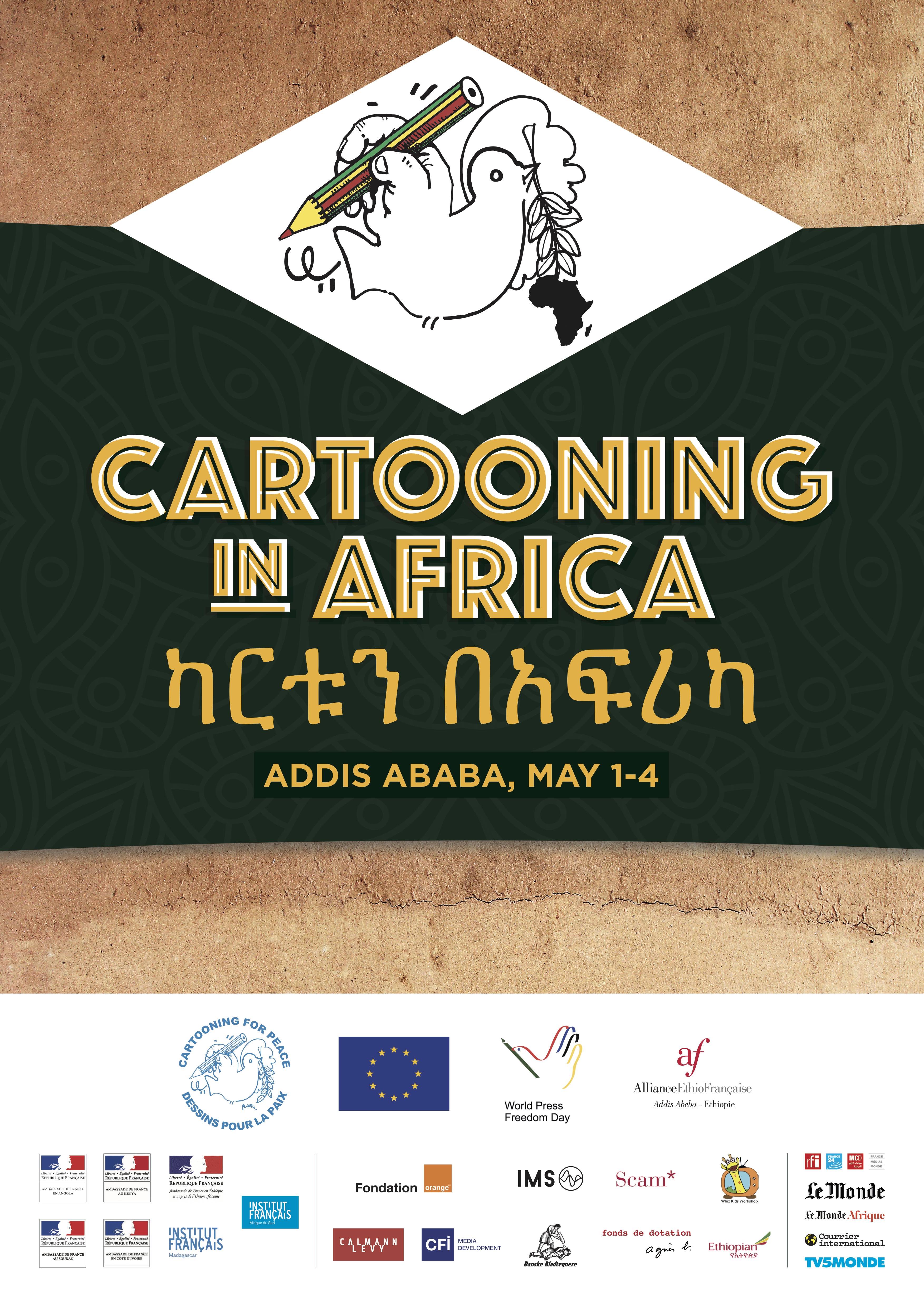 From the 1st to the 3rd May 2019, the 26th edition of World Press Freedom Day will take place in Addis Ababa, Ethiopia. Organized jointly by UNESCO, the Government of the Federal Democratic Republic of Ethiopia and the African Union, the international conference will be held at the African Union Headquarters in Addis Ababa, and will focus on the role of the media in elections and democracy (presentation of the event in the annex).

A unique opportunity to promote the major role of press cartoonists in democracy and highlight the abuses they sometimes faces.

At the invitation of the UNESCO, Cartooning for Peace takes part to this important moment of exchanges by proposing the following actions:

Organization of a session in collaboration with the UNESCO «Cartooning for Peace and Democracy: artistic freedom and freedom of expression at the tip of the pen», Friday 3 May, 2:00 – 3:30, African Union

Cartooning for Peace organizes a session bringing together press cartoonists from different countries as part of an open discussion shape by testimonies from those whose work and violations make them true «barometers of freedom of expression». The session will also stress the concepts of press freedom and artistic freedom in democratic debate, mainly in an electoral context. This meeting will be accompanied by live drawing and projection of drawings from all over the world, thus allowing a lively and interactive exchange.

Guest press cartoonists of the session

Design of the exhibition «Cartooning in Africa», African Union and the Alliance Ethio-française of Addis Ababa

Cartooning for Peace designs an exhibition of press cartoons from all over the world about the me- dia and press freedom, with a special focus on cartoonists and the challenges of the African continent. It will be displayed on site (African Union headquarters) and will be the subject of an opening. It will be presented at African Union at the Alliance française and will be the subject of an opening and a press conference at the AF on May 4, thus allowing the general public to discover or redisco- ver the work of press cartoonists from around the world.

Workshop and an African press cartoonists meeting Saturday 4 May, the Alliance française of Addis-Ababa

This meeting will also be an opportunity to present the experience acquired in media literacy within the programme «Cartooning for Peace and Democracy», funded by the European Union, and to develop the experience in other countries on the continent.

The declaration of Addis Ababa for the recognition of Cartooning as a fundamental Human Rights:

The declaration of Addis Ababa for the recognition of Cartooning as a fundamental Human Rights has been readen on May 3 at the World Press Freedom Day by Xavier Gorce and given to M Moez Chakchouk, Head of Communication and Information Department of UNESCO. More informations.

Read the Declaration of Addis Ababa: DPDF declaration A4 EN

Participation of Cartooning for Peace and press cartoonists in other sessions and plenary sessions:

Collaborating with many national and international organizations present during the event, Cartooning for Peace is participating in the May 1 session organized by IICBA – International Institute for Capacity Building in Africa – on literacy media and information at the UNESCA Conference Center.

All these exchanges will nourish an illustrated book on the issue of freedom of expression and freedom of the press, from the African press cartoonists’ points of view in the perspective of cultural season Africa 2020.