Screening of “Caricaturists – Footsoldiers of democracy” at Cannes Film Festival 2014 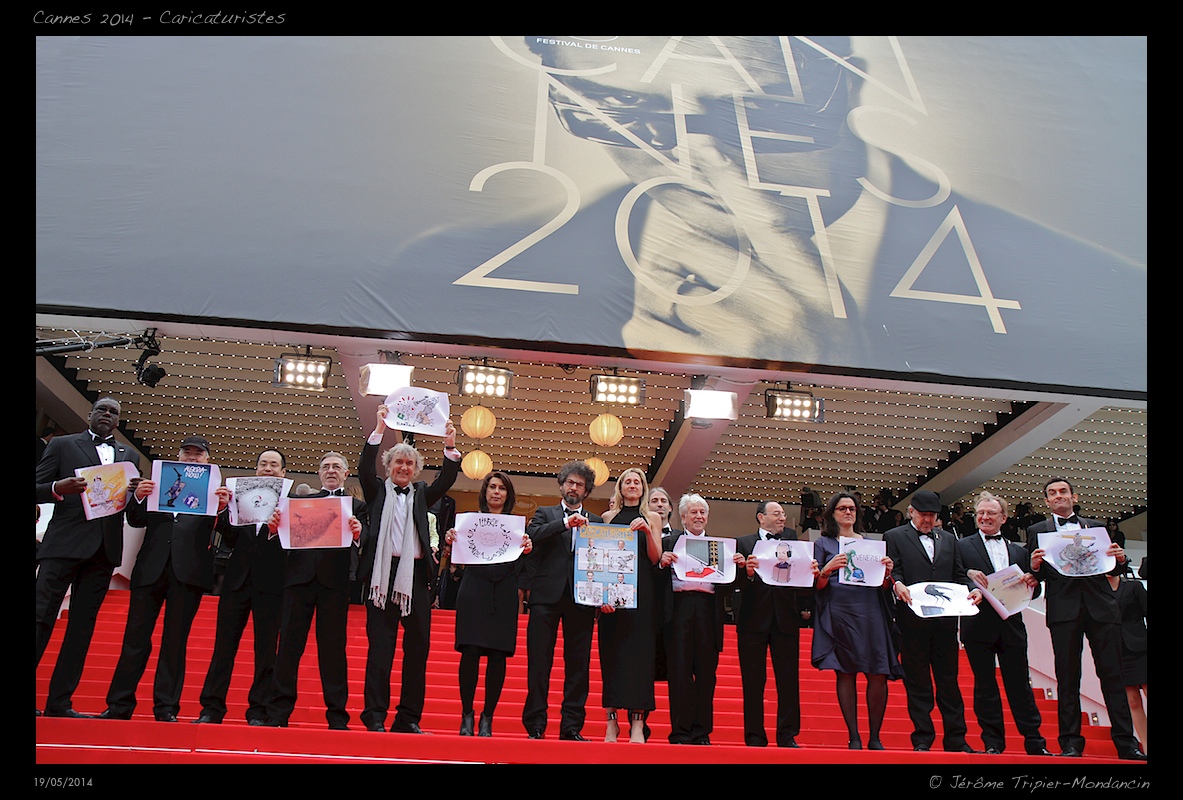 At this occasion, each cartoonist stand and faced the public, presenting a cartoon about state of freedom of speech in his country. Tunisian cartoonist Willis from Tunis expressed its support to Azyz Amami, who had been arrested and beaten by Tunisian police, and to Jabeur Mejri, by painting on her arms #FREEAZYZ and #FREEJABEUR.

More information about the film “Cartoonists – Foot-Soldiers of Democracy”

Have a look at the interview with all the cartoonist and the film crew by TV5 Monde.

Have a look at the Stéphanie Valloatto interview by L’Express.